Attila vocalist and Emmure frontman go at it on Twitter 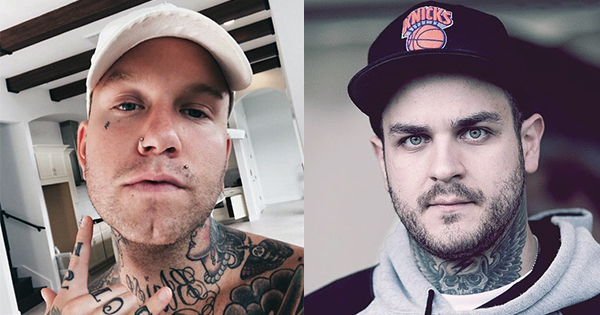 Yesterday, Attila released a diss track titled "Callout 2." Knowing how to drum up eyes and ears, Attila vocalist Chris Fronzak made many of those mentioned in the song aware of it:

As you may have noticed, the band Emmure was among the song's targets. Of course, considering that frontman Frankie Palmeri is really the only true member of Emmure at this point, Fronzak was clearly baiting Palmeri. Naturally, it didn't take long for Palmeri to response via Twitter.

Thanks for the shout out bud - I could of helped you at least write a scathing subliminal or something! @FRONZ1LLA - You also might be the first person in history to ever use the word 'EMMURE' in a song ??.

Though it doesn't appear that Palmeri was particularly perturbed, Fronzak didn't let the tweets go unanswered:

You're absolutely right. I LOVE your band and every member past/present. You're the arrogant fucktard (in real life). Why didn't I @ you in the song? Dawg come'on.... no one knows who tf you are ???? https://t.co/mvwHqRbfiV

I would pay a few bucks to see this fight. Somebody make it happen.