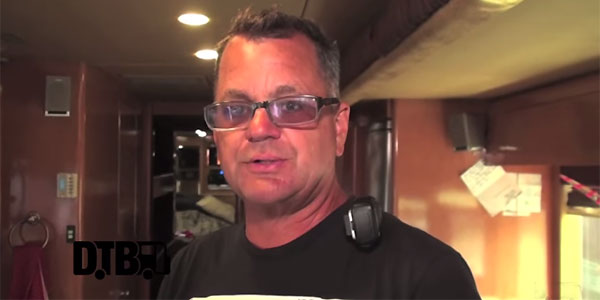 In a new interview Howie D. from Hard Edge Radio and National Rock Review, King was asked about Lyman's comments and he had this to say:


"What a douche. I do care, because that directly affects this product [Mayhem festival]. But at the end of the day — let me say this — when you think of the old and fat and... Okay, I got the 'bald' part — I get it — but, I mean, when you think of that statement, do you think of me, or are you thinking fucking Lyman? Dude, I look like a fucking convict; I'm not here looking all old, fat and gray, you know?! It's, like, c'mon, man, speak for yourself. Don't put that label on us, the genre and your festival or anything. That's just fucking... That's one of the stupidest marketing things I've ever heard. It's not marketing. It's just somebody babbling."

You can listen to the full interview here.

Lyman is on a roll this year. front porch step, slaves, now this

thats actually a pretty funny and spot on response from King, as much of a douche as he is himself

Kerry is DELUDED if he doesn't think he looks fat and old. He's fat as fck

Lol @ two 50+ men making fun of each other for being fat. Grow the fck up gentlemen. Also, Slayer is still awesome.

hey man, i may be grey and bald, but im certainly not fat

Nice to see Kerry King referring to a music festival as a product and mentioning the marketing of it all. Further proof he's only in this for the money. Dave Lombardo was right. $LAYER

Kevin Lynman aka the homie.

When the pot calls the kettle a douche

How much does it REALLY cost to book your favorite band for a show?
Motorhead frontman Lemmy worth less than $650,000 at the time of his death
true stories? Or urban legends?
Emmure's Frankie Palmeri says metal scene is officially over-saturated
Mother Of Mercy - Symptoms of Existence