Marilyn Manson and his dad together in full makeup 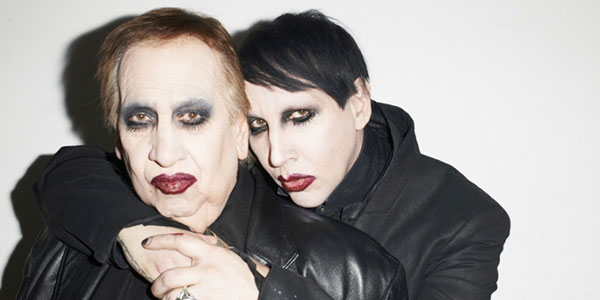 In a recent photo shoot with Terry Richardson for Paper Magazine, Marilyn Manson and his father posed for several photos together, both in full makeup.

Manson's father, Hugh Warner is a Vietnam veteran who apparently has a softspot for theatrical aspect of rock.

"The first time that I did see my dad in makeup was, ironically, the second concert I ever went to," explained Manson. "He dressed as Gene Simmons and took me to the Kiss 'Dynasty' tour when I was 11. And people were asking my dad for his autograph."

Part of me thinks this is cool; the other part thinks it's weird. 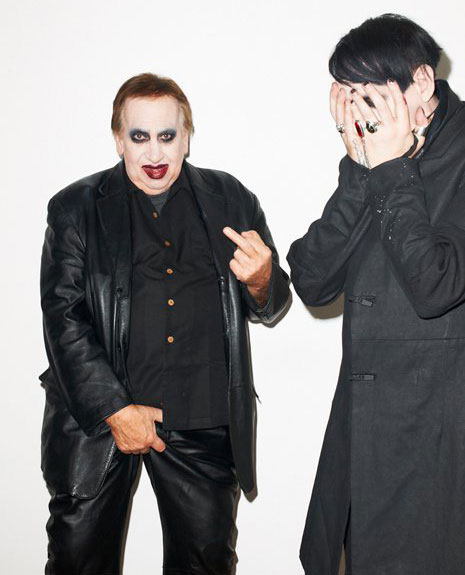 this is just plain dumb. he looked better plowing buttholes in prison on Sons of Anarchy

Playing a Nazi prison rapist on TV seemed to come naturally to him.

Stoop with the makeup, please.

I think he was a great dad