Friday, November 14, 2014 4:56 AM PT / 10,367 views
You may recall that last month Miss Fortune frontman Mikey Sawyer was arrested on charges of domestic assault and battery, prompting the band's record label Sumerian Records to immediately drop them from its roster. Sawyer has now issued his first statement on the matter in which he says he was originally arrested for defending his grandmother and himself. The charges have apparently been dropped (see the image below).
"Dear fans and friends alike, I promised that I would give a statement about my recent arrest and I apologize for the delay.I wanted to have a few things in order before I addressed this publicly, but I believe now is the time. "I just want to start by saying that, on November 4th, I was exonerated of Domestic Assault & Battery charges. The reason for that is simple: I'm innocent, and I always have been. For the past week, I haven't addressed the fans, Sumerian Records, or the media because I had not done what I have been accused of, and I knew that. "Instead, I endured the most brutal public humiliation that I've ever experienced in my 22 years on this Earth, but I hope to end that here. "On Friday, October 24th, I was arrested after getting into a fight with a 40-year-old man who was abusing my grandmother and I. When police respond to a domestic dispute, it is mandatory that they make an arrest when there are injuries. "I am forever grateful to my band, my family, and the fans who have stood by me in this dark time of my life. I also do not condone domestic violence of any kind, especially now that I have been the victim of it. I sincerely apologize to everyone who had to miss us on The Get Real Tour with The Word Alive & The Color Morale. "I am still the lead singer of Miss Fortune and we are currently writing our second album, which will be self-titled. Appropriate, isn't it? Thank you guys for listening." 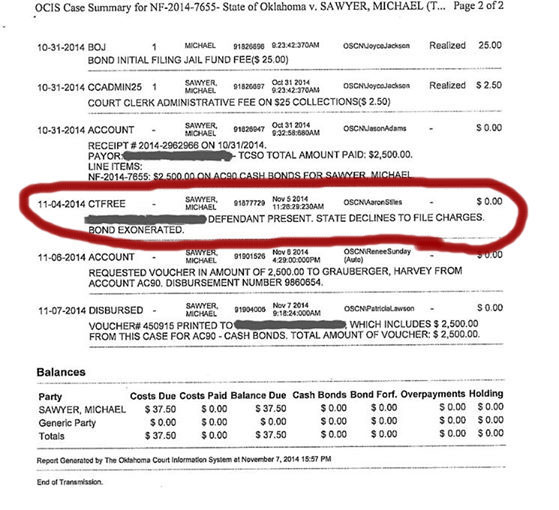 Sumerian has responded to this latest development with the statement below, though they obviously didn't apologize, nor did they declare that Miss Fortune was back on the label roster. Make of that what you will.
"After receiving confirmed legal documentation, it has come to our attention that Mikey Sawyer of Miss Fortune was exonerated of domestic violence charges. We are happy to have received this news, and glad to know Mikey did not participate in such an ugly act."