Max & Igor Cavalera to bring 'Return Beneath Arise' to America 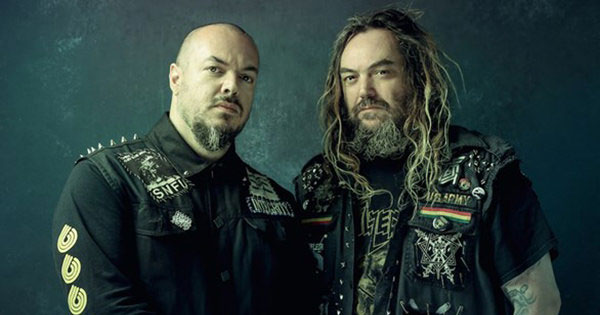 Brothers and former Sepultura members Max Cavalera and Igor Cavalera intend to bring their "Return Beneath Arise" tour to America later this year. The trek, which hit Europe and Latin America last year, finds the pair paying tribute to Sepultura's landmark albums, Beneath The Remains (1989) and Arise (1991). Amid a recent discussion with That Metal Interview (listen below), Max Cavalera had this to say:
"We are just paying tribute to our old records. We played [Sepultura album] 'Roots' for awhile, and last year, we did a lot of 'Beneath The Remains' and 'Arise' together, and that was great. People love it, fans love it, especially in Europe and South America. Some of the South American shows are on YouTube; you can see Mexico and Chile, and the crowd is singing every song. Those records are so iconic; they're masterpieces of that era. So we're gonna do more of that. We're gonna bring it to America, probably in the summer, with probably another cool band, have a cool package. So that's pretty much what I'm doing with Igor right now — just paying tribute to our old stuff."