One-time Buffalo, New York hardcore heroes Buried Alive will apparently release a new 7-inch later this summer. The 7" EP is titled Death Will Find You and will purportedly arrive on August 21 through Bridge Nine Records. A formal announcement has yet to be made, though an Amazon listing for the record is accompanied by the following information:
"Featuring Terror's Scott Vogel on vocals, Buried Alive were known for their unique metallic edge and, despite their short-lived existence, were one of the most influential hardcore bands from the late 90's. Twenty years after their breakup, Buried Alive are back with the EP Death Will Find You, featuring two brand new songs and two re-recorded songs from their split with Reach The Sky. The EP is a serious dose of hard hitting urgent metallic hardcore. 7-in Single LP pressed on colored vinyl."
Launched in the late 1990s, Buried Alive put out a few releases with Victory Records and Indecision Records before breaking up in 2000, though they have performed several reunion shows during the past five years. 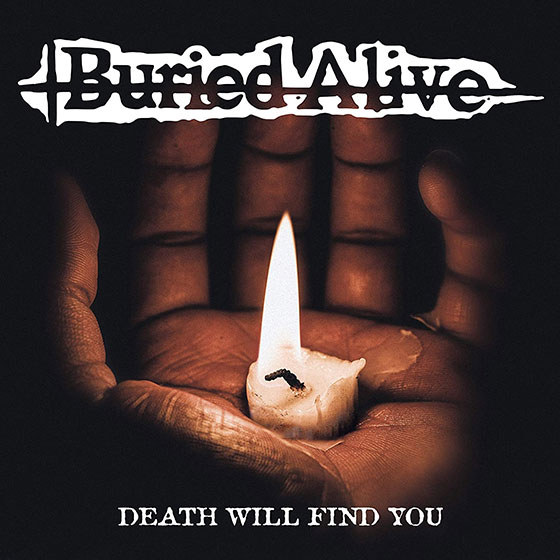