Sat, February 6, 2021 10:48 AM PT7,816 views
Days after publicly naming former fiancé Marilyn Manson as an abuser, Evan Rachel Wood has shared more details regarding Manson's behavior during their time together. Amid a series of Instagram stories, Wood said that because of her Jewish heritage, Manson used to "draw swastikas over my bedside table" when he was angry with her. Meanwhile, Manson purportedly used the 'n' word frequently and "everyone around him was expected to laugh and join in." In another Instagram story, Wood said that she was essentially tortured: "Brian and I never had a 'BDSM' relationship. We didn't even have 'kinky' sex. We weren't having sexual intercourse when I was being tortured, before or after." Manson has denied Wood's original allegations of abuse, calling them "horrible distortions of reality." 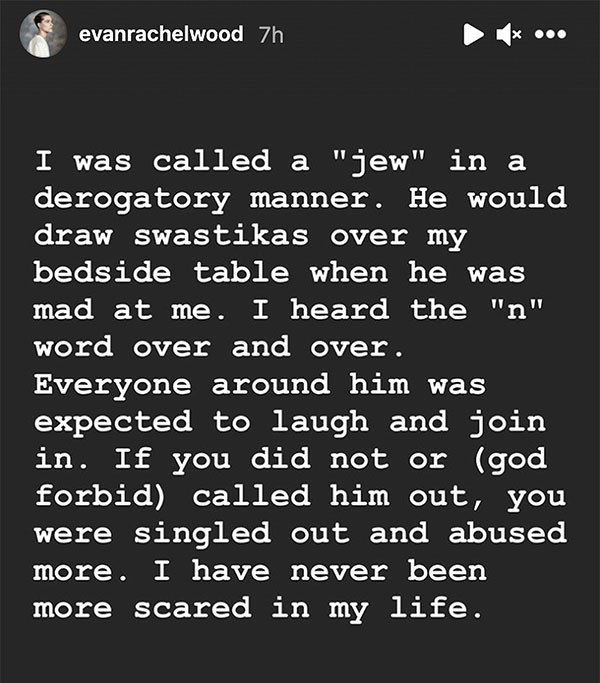 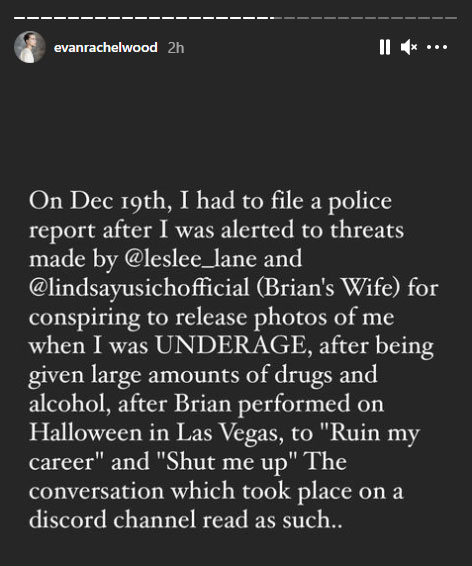