Los Angeles, California hardcore unit Trash Talk have announced their first new release in four years. The group will drop a new EP titled Squalor on June 5. The outing was produced by Kenny Beats and its first single, "Something Wicked," can be streamed here: Squalor is also Trash Talk's first project with a producer working on every song. "We did a record with Steve Albini, but that was more about engineering," says guitarist Garrett Stevenson. "Working with Kenny was the first time we've had real input in the studio. We stepped outside our typical routine." "Linking with him was about us respecting his ear for music," says vocalist Lee Spielman of Kenny. The EPs cover art (created by Japanese artist Verdy) and track listing can be found below. 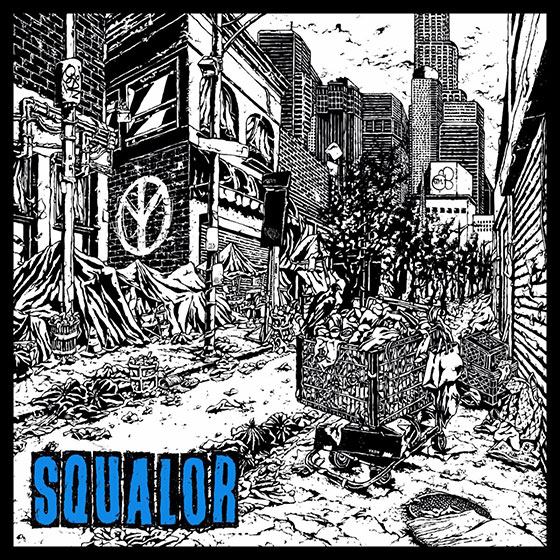