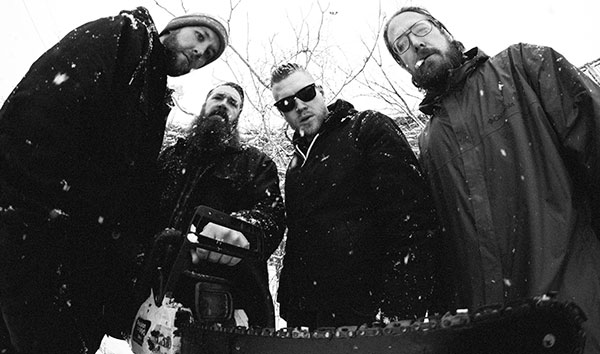 Last November, Closed Casket Activites announced that they'd signed Pittsburgh, Pennsylvania hardcore and metal band Eternal Sleep. At the time, the group was just beginning the recording process for the LP, titled The Emptiness Of..., with engineer and producer Andy Nelson (Harm's Way, Expire) at the helm. Fast forward five months and the record has been completed and is now set for a May 20 street date. Not only that, but we're premiering the first new song unveiled from the outing below.

Since forming in 2012, the band has put out a few EPs and toured in both the U.S. and Europe, supporting Bane and Madball, among many others. As for their music, well, it's heavy. Eternal Sleep's down-tuned and thundering riffage should appeal to fans of Coalesce, Damnation A.D., and even the Melvins.

Stream the new song "Red Herring" now, and if you dig it, pre-order The Emptiness Of... and keep up with Eternal Sleep on Facebook. If you haven't pressed "play" yet, you're missing out.

"fans describe this as: (insert my dope ass opinion in bold and italics)*

This has was always sick, but this is a vast improvement compared to the old shit

Godless!! (i think) part was sick!