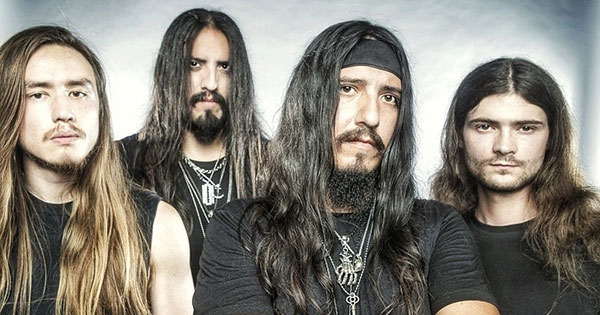 photo by Jeremy Saffer
Los Angeles, California thrash metal outfit Art Of Shock have released a music video for "Dark Angeles." The new video can be viewed below. The track comes from the band's newly-released, Century Media Records debut, Dark Angeles, produced and mixed by Mark Lewis (Cannibal Corpse, The Black Dahlia Murder). Frontman Art Geezar comments: "We got lucky! We shot the Dark Angeles video right before the quarantine started. Several people from our crew bailed out last minute, understandably. We thought for a second that it wasn't going to happen. Luckily for us, the most essential people soldiered on and we got it done! "I conceived this video with the help of our good friend and director, Arturo Zuniga, in a very short period of time. Arturo is an extremely talented artist and he put together a high quality and visually stunning video; Dark and Violent, a real visual representation of those hopeless and suffocating feelings that inspired the song itself. "The video conveys the desperate nature of life in Los Angeles. People come here with big dreams and very little else. It makes them do shitty things just to get by. It's a dark place that can kick the shit out of you."