Like Moths To Flame fire bassist Aaron Evans, "he has abused the platform he was given" 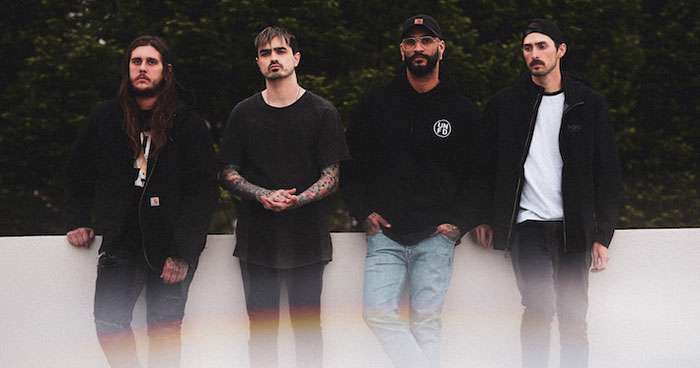 Bassist Aaron Evans has been fired from the band Like Moths To Flame over "numerous instances where he has abused the platform he was given within the band."

Allegations and screenshots began swirling earlier this week when a Twitter user posted a lengthy description of abuse, manipulation, and gaslighting to name a few. You can read the entire thread below.

Evans has been with the band since 2010 appearing on all Like Moth To Flames releases to date.

Evans himself has yet to acknowledge the allegations or situation with the band, however Like Months To Flames have issued the following statement:

Effective immediately, Aaron will no longer be in Like Moths to Flames. Over the last few days, we've been made aware of numerous instances where he has abused the platform he was given within the band.

Our DM's are open if any fans/friends want to reach out to discuss. 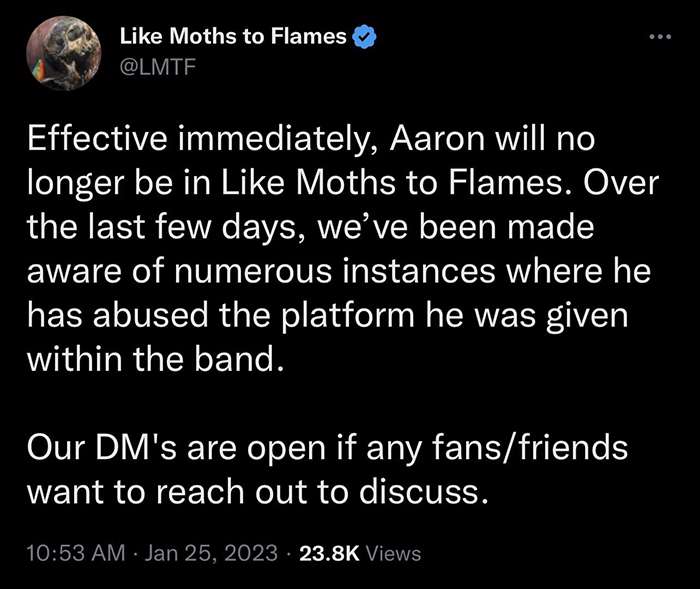 Below you will find the Twitter thread complete with allegations, cell phone messages, and screenshots.