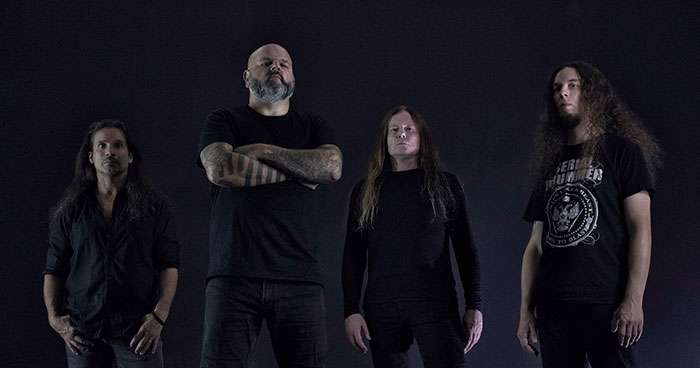 Legendary Italian prog death metallers Sadist have re-recorded their classic song "Breathin' Cancer" for the 30th anniversary of the debut album Above The Light (1993). The song is available as a single on all streaming platforms, and has been given a lyric video on YouTube which you can view below.

As Sadist's debut album 'Above The Light' turns 30 this year, we felt like giving a special gift to all the fans of the band out there! We re-recorded one of the most iconic songs from the album, 'Breathin' cancer', giving the song a fresh, brutal and fast new arrangement. For us, a good song is like a good wine, which gets better with age!

Sadist started out in the early nineties, having emerged from Genoa in Italy. The band went ahead of its time, with an adventurous take on the then-developing progressive death metal subgenre. Its presence was firmly established through an unmistakable style, detectable since the debut installment Above The Light from 1993, as well as following albums: Tribe (1995) and Crust (1997). After the release of Lego (2000), which brought about a temporary shift towards the avant-grade/core spectrum of the genre, SADIST went on a hiatus. The band returned to its proven sonic formula in 2005, having put out four studio albums since, and continues to maintain its epic take on death metal, featuring jazz and Middle-Eastern elements.Their last album, Firescorched, was released in 2022.