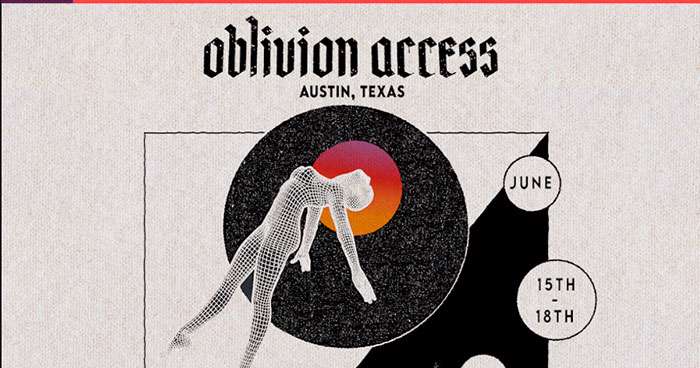 Austin's Oblivion Access Festival is excited to unveil their initial 2023 festival lineup. Now in its 2nd year, the festival returns to Austin's Red River Cultural District on June 15 - 18, 2023. Passes and tickets for select shows are on-sale today, January 24 at 12 PM CT. The festival has been a sell-out in the past and fans are encouraged to buy their tickets today.

Once again showcasing the highly curated lineup that consists of the best in experimental, metal and hip-hop artists from around the world, this year will be headlined by Godflesh and Tim Hecker, with more headliners TBA. This performance marks Godflesh's first US performance in 4 years and their first Texas performance in 9 years. Tim Hecker will also be performing a special show in the Austin Central Presbyterian Church with Justin Broadrick of Godflesh's ambient project Final opening. There will also be a showcase co-presented with dark experimental label The Flenser with artists such as Have a Nice Life, Chat Pile, Planning for Burial, and more. Additional artists on the bill this year include: Lil Ugly Mane, RXK Nephew, Ludicra, Yob, Final, Mamaleek, Jerome's Dream, Bosse De Nage, Sissy Spacek, Lucas Abela, Drowse, Sprain, Ragana, Coi_n, Agriculture, Crawl, Parasiticide, God Shell, Private Hellscape, and Shelly Knicks plus over 50 more bands to be announced in the coming weeks. 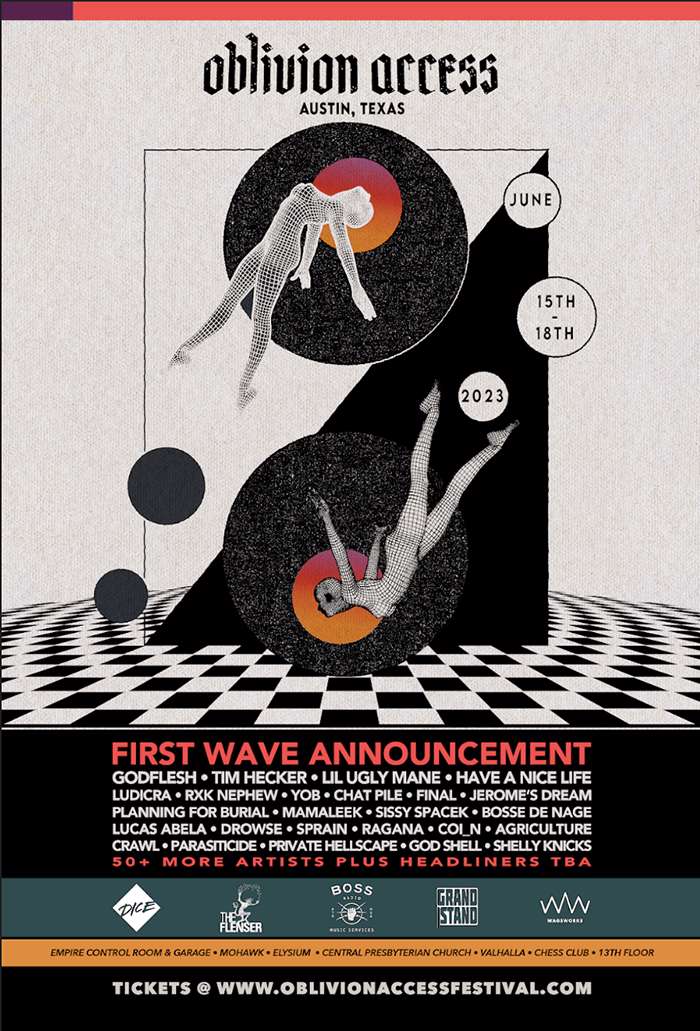 Someone actually named their band Sissy Spacek? That or she's actually playing this shitfest.

Watch out turds stuck to the same genre/band for 20+ years are coming to sh!tpost. Don't let your supervisors catch you slacking.

I have it on good authority that the organizer of this fest is the most hated bassist in Philly.

Donato here. This fest would not be invited to take place in my basement. Donato out!

The Shitty Band Name Woke Fest brought to you by Tampon, they're for women AND men.

^is that what Tucker Carlson told you to say this week?

Austin was made for garbage like this. I would see Yob that's about it.

Going to give gender neutral handjobs in the bathroom all night hit me up.

Never have I read so many c*nts commenting such c*ntish shit anywhere ever, you guys here deserve an award, truly amazing.