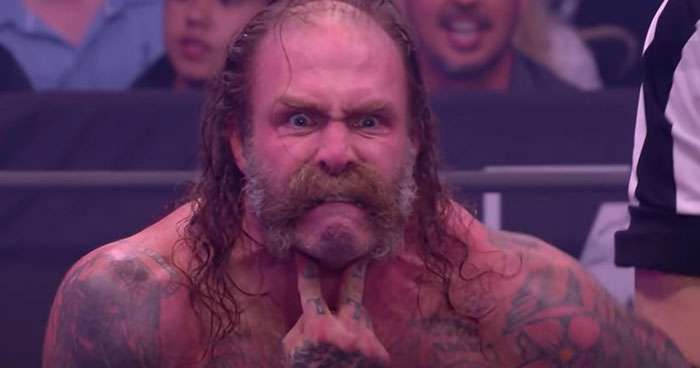 Jordan Buckley, former Every Time I Die founding member and guitarist, shared the following screenshot of a group chat on Instagram over the weekend:

Birth of the new band group chat marks the beginning of the next chapter in my life. And there can be no better opening sentence to a chapter than a wazzaaap gif

From jamming to behind the scenes in the studio, Jordan has shared much of what is happening with the new project. Still, there are a few questions that fans have. Among the most common questions are who is their vocalist and if Andy Williams of ETID is involved.

It should be noted here that Andy appears to be fully dedicated to his full-time wrestling career with AEW since the ETID split. Aside from posting a few clips of himself with former ETID drummer Michael "Ratboy" Novak with no context, Andy has been rather quiet concerning his musical endeavors.

Andy is not . He's a full time wrestler and can't tour full time at the moment.

Though this doesn't fully rule Andy out from the project, it does give those wondering a bit of insight.

angela buckley here, andy isn't involved because he realizes Keith was the real brains behind ETID and he also realizes Keith's truth is the real truth. book tour forthcoming. mastodon level for the new Keith band, not this shit.

It's not wrestling, it's wrasslin'

Donato here. These ETID fruits will not be invited to play my basement. Donato out!

I mean look at the guy, I wouldn't want him around my band either.

Make a bunch of money or be in a shitty band. Not a hard choice there, now is it?

Maybe let this band record a single note of music formally before updating us about their rehearsal schedule and breakfast orders.

Shut up lurk, hire someone to proofread your shit.

He's either really good or really bad at oral.

lol dude is too busy rubbing crotches with sweaty men in front of hundreds of incels. why would he want to go back to giving bjs on stage in front of tens of incels?

that's an all time picture for an article lol looking forward to continuing to receive updates from Glamboat any time a member of ETID takes a shit. I'm talkin size, color, frequency, I wanna know.

"Andy Williams currently not involved in Ex-ETID members band" Or is he just not able to tour? Imagine starting this up at 40 and opening third tier to some 19 year olds.

"He's a full time wrestler" My 10 year old son puts on more professional grade wrestling events than that bargain basement shit with cafeteria lighting that AEW passes off as professional does. It's like the Vogel/VFW production of what wrestling is. Can't imagine anyone at andy's level is making more money than doing Mastodon level touring

imagine taking the time to go through insta comments to see what these losers are up to. the original band sucked. they are almost 50? who gives a shit what they do now.

I am also not in this band

No Keith no care

Garbage on top of garbage

You guys are so cool.

I make the same face after taking a dump on a chest.

anonymous 13 hours ago "He's a full time wrestler" My 10 year old son puts on more professional grade wrestling events than that bargain basement shit with cafeteria lighting that AEW passes off as professional does. It's like the Vogel/VFW production of what wrestling is. Can't imagine anyone at andy's level is making more money than doing Mastodon level touring ^^Then why isn't your 10 year old son on TV making six figures, you butt f*cking simp?

^because he is behind the camera filming these events -you low rise, ladies jeans wearing Fruit.

No one gives a shit

Somebody shut Vogel's accountant up. there is no universe where AEW wrestlers are making 6 figures, they don't even bring 6 figures in at the door of the junior high cafeteria where they host the events

Joey DeMaio here. Why watch AEW when you can just jack it to one of our muscular, greased-up Manowar posters? On sale now at kingdomofsteel.com. Get your parent's credit card and order now.