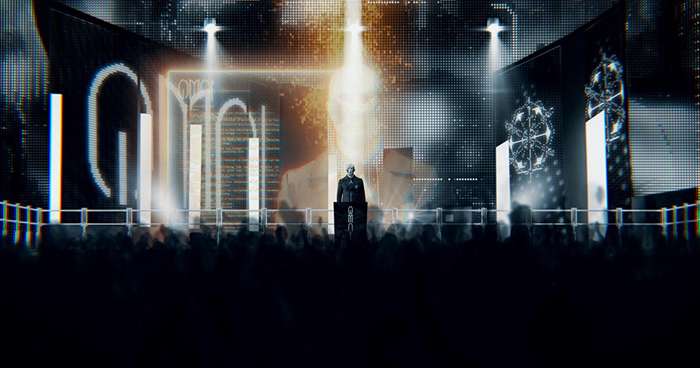 Project 86 are back and in a big way. The band will release the double album OMNI in two parts. OMNI Part 1 arrives on March 24. Pre-order it here. OMNI Part 2 will arrive in the fall of this year.

Frontman Andrew Schwab shared the following about the single:

'0 > 1' is a nasty, rabid, percussive swath of unsettling alternative metal rhythms, riffage, and growls, one that is sure to be a highlight on the new album. The song channels the disturbing rants of a 'fictitious' character named Alexander Ophis, who is the founder of a tech company called OMNI (which is also the name of the forthcoming double album). I imagine Ophis as an amalgam of many of the major elite players in global politics and power at the present; He is one part Elon Musk, one part Klaus Schwab, one part Bill Gates, and yet more sadistic, twisted and corrupted than all of them combined. Nineteen years into the future, in this song, Ophis reveals how his company conquered the world on the back of plague and famine, using technology to silence and manipulate the masses (as well as world governments, the media, and big medicine) into submission.