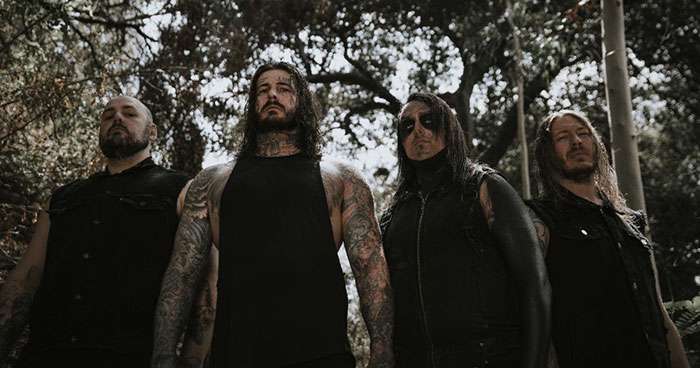 'Earthen' is about my nephew who died from cancer at 16," comments vocalist Ricky Hoover. "After failed bone-marrow transplants, he decided to stop and let it take its course. It's about witnessing that and being there, holding him when he died. That song is very emotional for me...

I was actually crying in the studio tracking vocals. We needed the video to capture the sheer tragedy of that situation to really underscore how unfair and unjust it is for any 'god' to put a child through something as awful as cancer.

The guitar lead from this song is the first thing I wrote that ended up on the album, well over a year ago. The song came together quickly after that and has stayed very similar since. As such, it'll appeal to fans of the 'Oblivion' EP, as well as the newer stuff we've been putting out, with the most obvious growth being Ricky's emotional singing and Leviathvn's super tasteful drumming. We're all really proud of this one.

Crafted by the band alongside producer Morgoth Beatz (Winds of Plague, Scarlxrd), then mixed/mastered by maestro Josh Schroeder (Lorna Shore, Tallah), The Burden Ov Faith sees the two split engineering of vocals and drums, respectively, with former Machine Head guitarist Logan Mader stepping in to capture the guitars and bass. The resulting album spans the stygian planets of deathcore, black metal, and metalcore, creating something as majestic as it is hook-laden.

The Burden Ov Faith kicks off with the slamming sulfuric firestorm of opener, "Stained In Rot," which teases Ricky Hoover's expanding vocal range via singing, in stark contrast to the gnarliest gutturals he's conjured from his forked tongue. "Befouler" follows with technical death metal riffing and climaxes into an unexpectedly catchy chorus, before crumbling into a brutal breakdown featuring vocalist Alex Terrible. That Hoover keeps up with the likes of that masked madman, plus guests Taylor Barber (Left To Suffer) and Kyle Medina (Bodysnatcher) is impressive though not entirely surprising. That he holds his own on an album featuring Howard Jones (Light The Torch, ex-Killswitch Engage), however, is. Throughout and on the epic closing title track, his injection of melody is beautified by Lindsay Schoolcraft, formerly of Cradle of Filth. 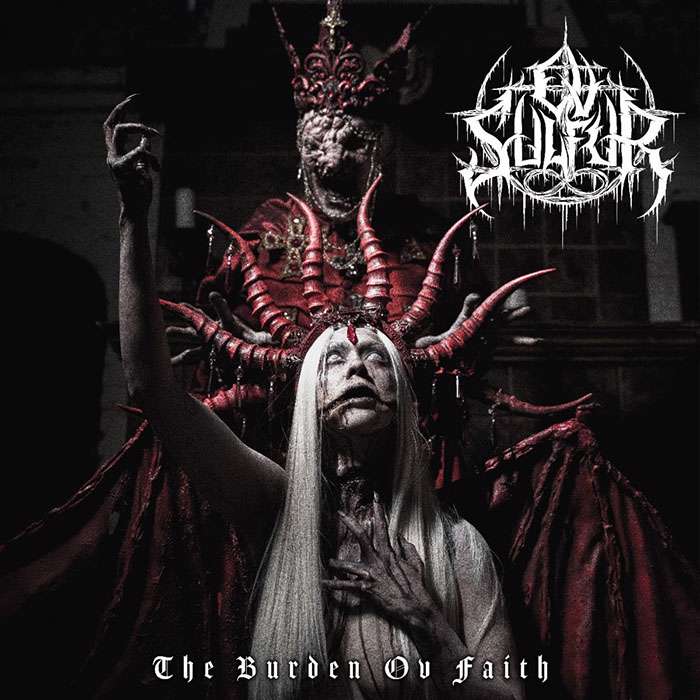