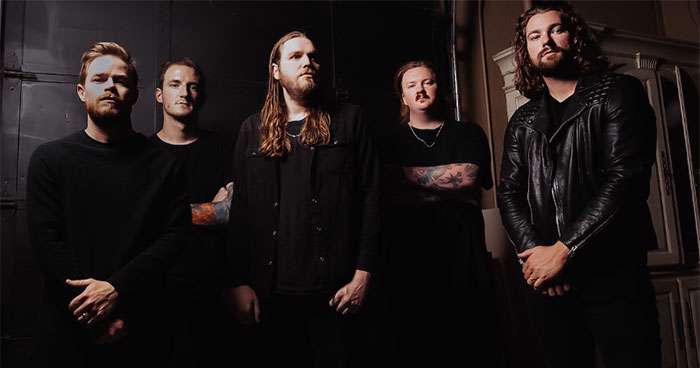 Florida hard rock quintet Wage War have announced their Spring 2023 tour plans. The band will embark on The Manic 2023 headline tour, with support from nothing,nowhere. and Spite. The tour kicks off on April 11 in the band's native Florida and runs through May 20 in Atlanta. All dates are below. Tickets are available here.

Last year, Wage War delivered The Stripped Sessions, an acoustic release that showed off their songwriting chops. Get it here. Meanwhile, 2021's Manic continues to have legs. Wage War have steadily become a force in the hard rock world. The Florida band has amassed over 580M million streams and received widespread acclaim from Billboard, Loudwire, Alternative Press, American Songwriter, Modern Drummer, Kerrang!, Guitar World, and more, They've appeared at major festivals and hit the road with Slipknot, A Day To Remember, I Prevail, Parkway Drive, and beyond and were chosen as one of SiriusXM's "Future 5 of 2022." The single "Circle The Drain" hit #1 on Octane BIG UNS Countdown. 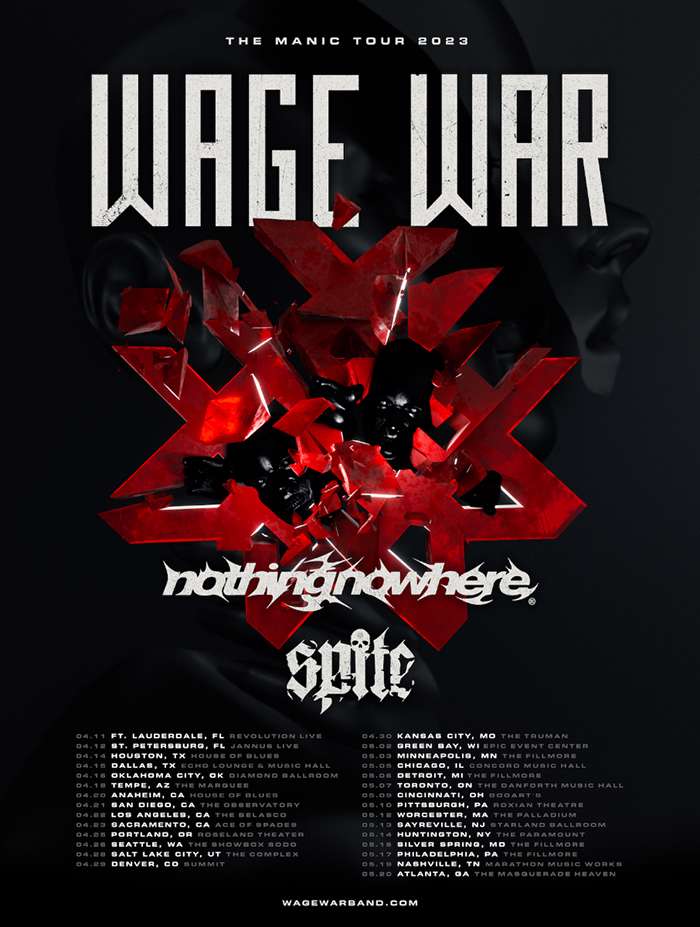