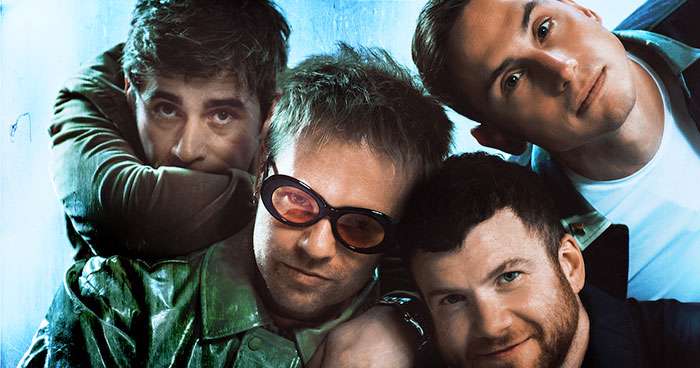 Enter Shikari are today announcing that their highly anticipated new album, A Kiss For The Whole World, will be released on 21st April via SO Recordings / Ambush Reality. The band are also sharing the album's lead single "(pls) set me on fire" as well as news of some very special monthly residency shows in the UK this Spring. Listen to "(pls) set me on fire" below and pre-order A Kiss For The Whole World here.

As new single "(pls) set me on fire" heralds the next stage in the band's evolution, the first words we hear from Enter Shikari 2.0 don't come in the form of a question this time, but a command: "Please set me on fire". In other words, ignite the spark inside us and set us free. This may be a new Enter Shikari but they've lost nothing in their flair for bold opening gambits.

Lead vocalist and keyboardist Rou Reynolds shared the following regarding the song's conception:

Honestly, I thought I was f*****. I've never felt so detached from my soul, my purpose, my f****** spirit. I didn't write music for almost two years. The longest I'd gone before that was two weeks. I was broken. It's almost as if my brain had asked: "What is the point in music if it cannot be shared? What is the point in writing music if it's not to be experienced with others?" and then promptly switched itself off. '(pls) set me on fire' grew out of that desperation. This song is a projectile vomit of positive energy. Every emotion trapped inside me for two years, finally set free.

Enter Shikari have also announced a run of very special album release shows across UK, Europe and the US today. Taking place in May this year, the band will be playing 3 very special US show, hitting Los Angeles (5/03), Chicago (5/5) and New York (5/10). One week priority access to ticket pre-sales will be available to fans pre-ordering the album and current members of Future Historians, the band's fan club. General on-sale for remaining tickets will begin on Thursday, January 26th. 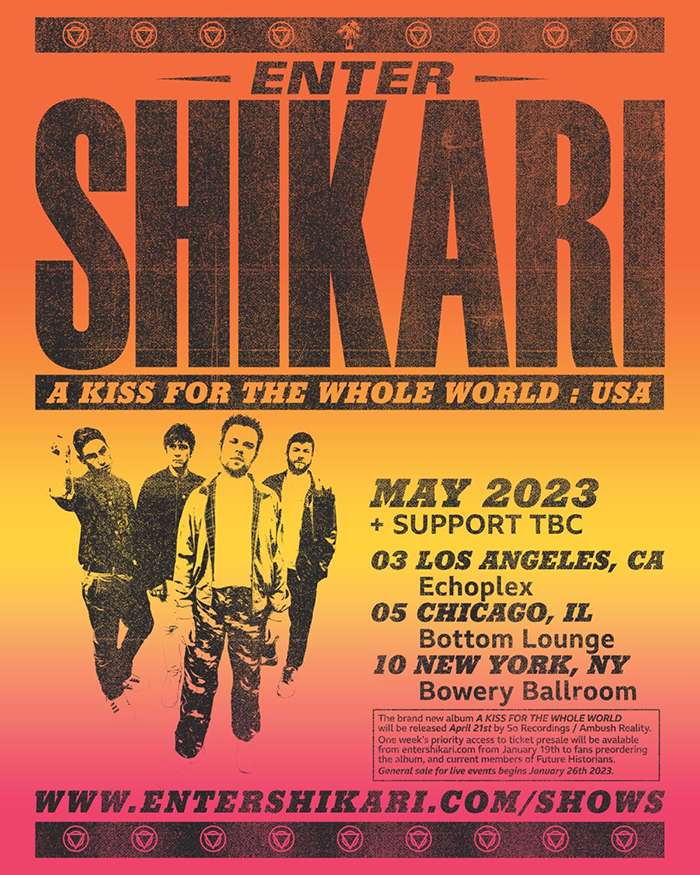