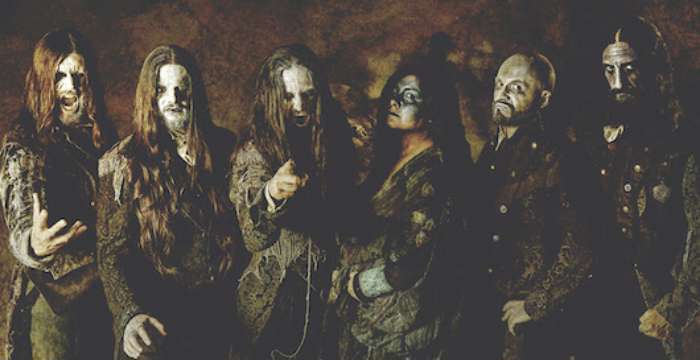 Italian orchestral death metal masters Fleshgod Apocalypse and virtuosic extreme metallers Obscura are proud to announce they are co-headlining their North American Tour 2023! Presented by MetalSucks, the 26-date trek will kick off on February 18th in San Francisco with performances in Denver, Toronto, and New York before concluding in Los Angeles on March 16th. Joining the package as openers are Finnish melodic death metal quartet Wolfheart and blackened death metal veterans Thulcandra.

"Dear friends of the United States and Canada, we are more than stoked to announce our return to your shores in February/March 2023, after four long years of absence. As you can imagine, this unending and frustrating period of cloister generated nothing else than an unquantifiable desire to blast your faces off! Besides, we feel rejuvenated after this forced rest so, be ready for some fast and furious fugues we haven't performed live for a long time. Obviously, a comeback worthy of its name has to be done with style. In fact, we're teaming up with incredible bands, such as German tech-death masters Obscura, our long-time Finnish friends Wolfheart and Thulcandra. Insane tour package, insane nights, insane crowds, insane everything. Get your tickets before they're gone! 🤘🏻"

"In February and March, we embark on a nationwide tour in North America, covering both Canada and the United States. The excellent lineup features Italy's finest Fleshgod Apocalypse co-headlining with Obscura, and special guests Wolfheart and Thulcandra. Pick up your tickets and don't miss the tour of the year!"

"We are absolutely thrilled about the fact that Wolfheart is finally coming back to North America and the company could not be better supporting the mighty Fleshgod Apocalypse and Obscura with our label mates Thulcandra. Counting the days already to be on the road with this diamond package."

Tickets for the tour are on sale now here. 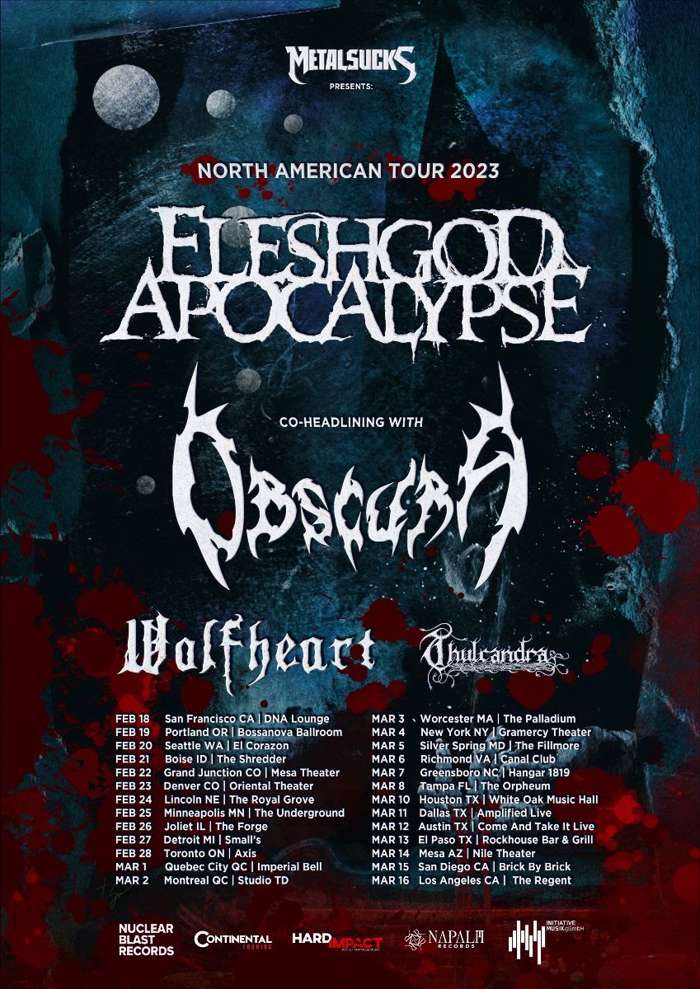