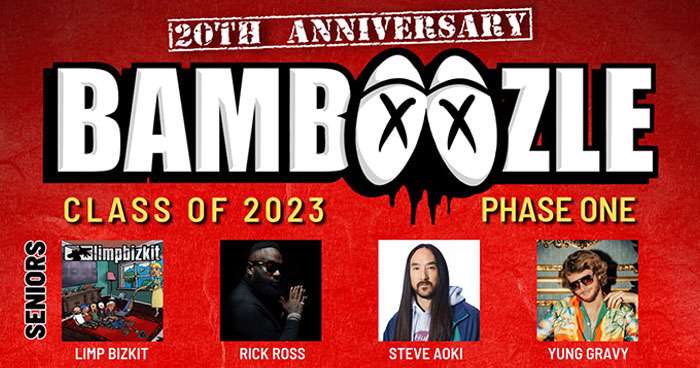 It has been 10 years since the Bamboozle Festival has taken place. The event was an annual three-day music festival that was held in New Jersey. The festival was active from 2003 until 2012, when founded John D'Esposito left citing creative differences with partners.

However the festival has been posting to social media teasing its return this year. In June the festival released a short clip via Facebook that gave the dates May 5-7 and a set of GPS coordinates which point to Bader Field in Atlantic City, New Jersey.

Today, Say Anything seemed to be the first to share phase one of the line up via social media, though no other post can be found by any of the other announced acts and the festival's website is currently down yet they are cryptically posting on social media as well. The event website is bamboozlefestival.com 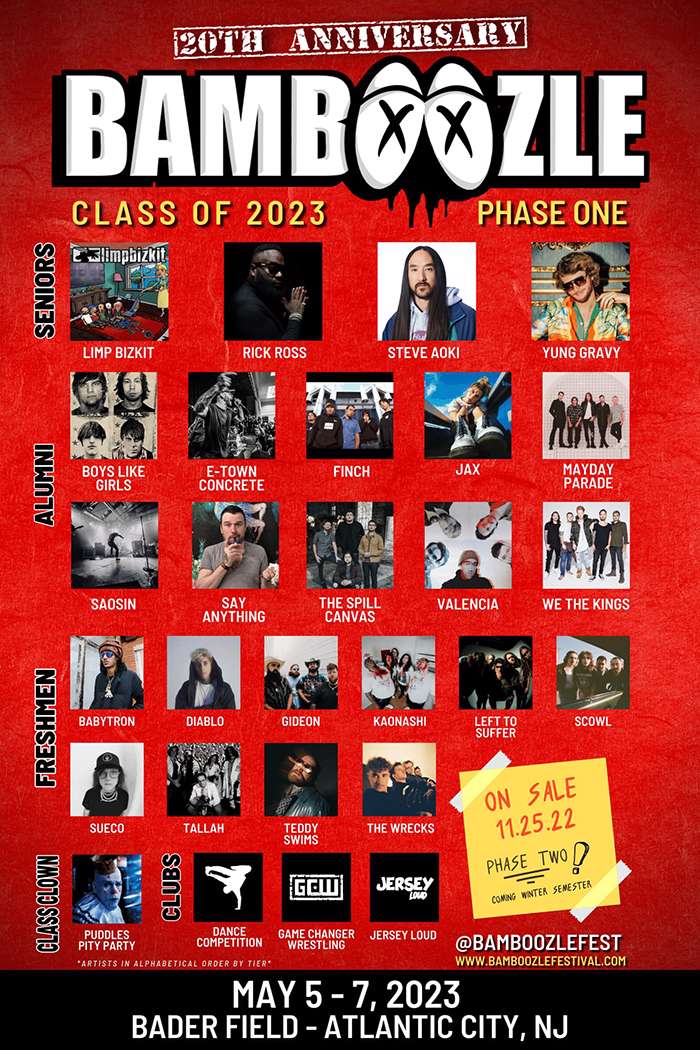 If the line up seems unique to you, you aren't alone. In fact it would seem the organizers thought about that ahead of the line up announcement. The festival tweeted a few weeks ago about the state of line ups used in festivals past: