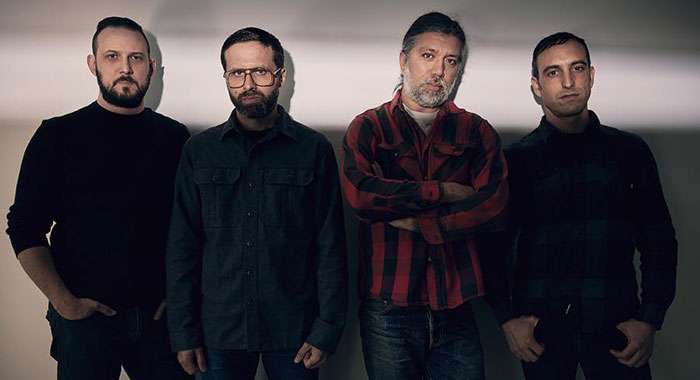 Boston legends Cave In share the Days of Nothing documentary shot on October 19th in Paris, FR. The documentary captures Cave In's long-awaited return to the city. The film features exclusive backstage footage, and follows the band as they unpack personal memories, discuss the new album, and much more.

Produced by Kurt Ballou at God City, Heavy Pendulum showcases everything that has long established Cave In as one of the best contemporary rock, hardcore, and metal bands since their monumental 1998 debut Until Your Heart Stops. From the driving tracks such as crushing opener "New Reality" to the metallic edge of "Blood Spiller", Heavy Pendulum sees Cave In look back at their discography and capture their most memorable, visceral, and forward-thinking moments to create a record that is all at once familiar and in true Cave In fashion, ahead of the mainstream.