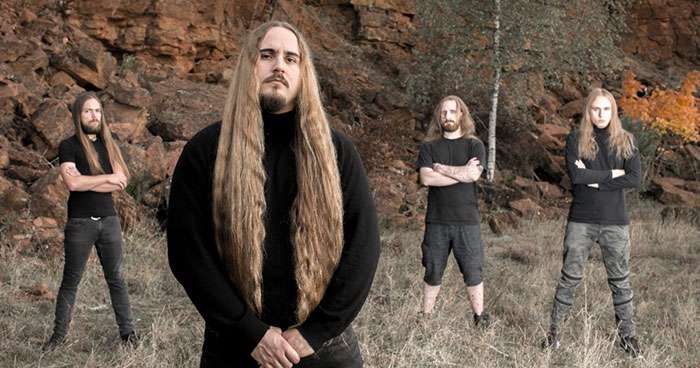 Metz, France's technical/progressive death metal quartet Catalyst today delivers another new video in the form of the title track from their recently released second LP, A Different Painting For A New World, out now on Non Serviam Records.

The original story of The Catalyst, a vital core character of the band's concept, is here delivered through ten brand new tracks that push Catalyst's sound to new levels of technical prowess. The hour-long A Different Painting For A New World is a diverse, enigmatic, and epic album which consumes the listener with uncompromising ferocity powerful enough to tear a hole in the sky.

With its debut, Catalyst reveals,

Directed exclusively by Mederic Havard, we tried to come up with something different from what we've done in the past. In this dark ambient landscape, we tried to develop the idea of a void that the character can't escape. It fully matches the end of the story written by the band, this song being the ending point of the chapter narrated throughout this album. A fragmented body is the lone legacy of a world that was, venturing through an ocean of darkness only the viewer can witness, a bewildered fall dragging you in the deepest and blackest parts of this shattered place.

Forever muted and forever gone. An erratic fate to confront, devoid of a perfection that was once a purpose.

The new video for "A Different Painting For A New World" was directed and edited by Mederic Havard and can be viewed below.

What a bunch of uggos

Wonder if the carpet matches the drapes.