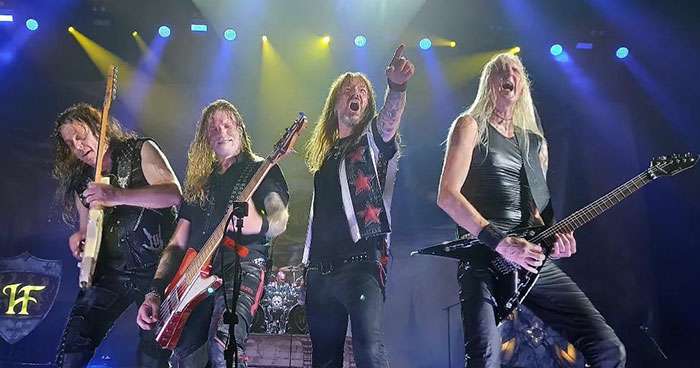 Hammerfall have expanded their tour itinerary for next year. The band will be coming to North America next summer to support Helloween on their "United Forces 2023" tour and have announced a string of off dates they are calling the "North American Brotherhood 2023 Tour".

The band shared via their social media:

During the North American tour with Helloween we will also do some headline shows where time and distance permits. For those who are so inclined, there will be a VIP M&G at these gigs (only at the headline shows). 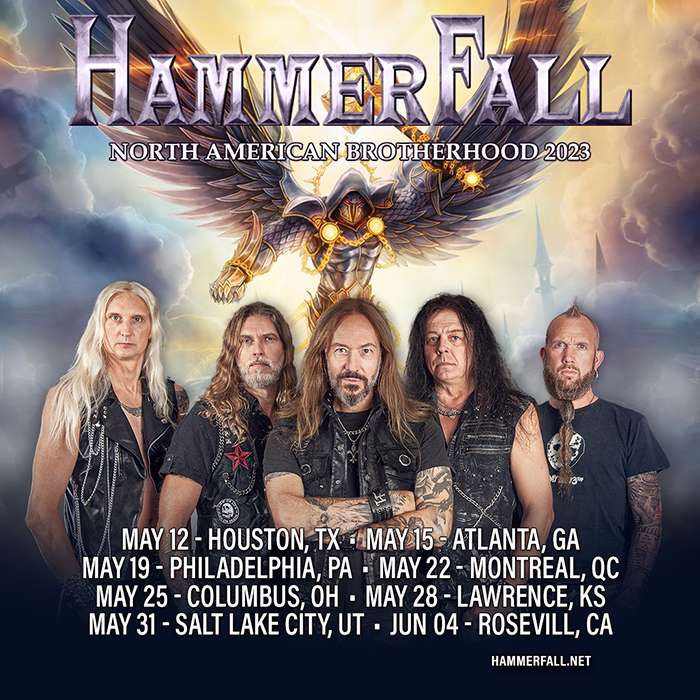 All the info about the whole tour is available here.

Holy shit! The dude on the left!!!

Canceled by Covid 23, you heard it here first.

The dude on the left has always looked goofy. Playing the small stage in Houston is stoked.

Who's the trans on the left? They/them is cute.

So what happens the three days between shows, chill in a Walmart parking lot burning fuel?

The only thing goofier than that guy is the artwork in the back.

In the three days between shows they play shows with Helloween on the United Forces 2023 tour.

I'd let every one of those strapping fellas rail me out on their bus. Let the hammer fall, blow out my walls

What's the over/under on the number of trannies at each show? I say at least 20.

Underground arts? That's where c-level bands play. I remember both these bands would always be at bb kings in nyc when I worked there and that drummer dude from Howard stern was always there

These guys actually expect to be taken seriously? Lol at having a vip meet and greet

These guys are like 70 and I've never heard of them