Ex-members of Every Time I Die in recording studio 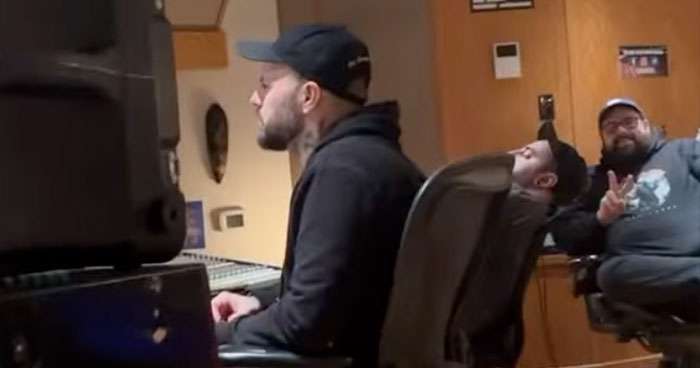 Jordan Buckley posted a slew of clips to his social media accounts that show he is in the studio alongside some of his other former Every Time I Die bandmates. The guitarist has regularly shared clips on his social media that show himself playing along side bassist Steve Micciche and drummer Clayton 'Goose' Holyoak this year.

So it is no surprise to see the three of them enter GCR Studios in their hometown of Buffalo. As shown in the clips you can also see the band has once again teamed up with producer Will Putney and Jay Zubricky, who also worked on Every Time I Die's last record prior to the band's unfortunate break up.

Day 1. We fucked around and found out. We even found out and THEN fucked around. This was the day I had to visualize in order to get myself out of bed during all the months that depression was both big and little spoon. I am so very grateful and thankful to have another opportunity to make music with and for people I love. My shoulder strap now has a chip on it, and since I haven't been able get it off yet I might as well use it for motivation. We need all of it that we can get since this whole operation is being self funded. Scary shit in this economy, but we believe in ourselves and each other so you'll definitely see us on stage asap as possible. Maybe you'll be there. If so, thank you. You're gonna fucking love our songs. Thoughts become things, and I can't stop thinking about you stage diving to these nasty ass drum fills @gooseshoes has been laying down! ❤️ Peace and love peace and love. Go Bills