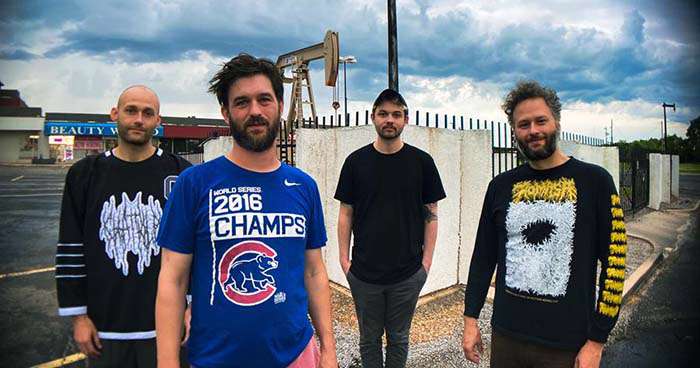 Chat Pile have contributed their signature sludgey-sound to the soundtrack for the upcoming film Tenkiller. Raygun Busch, the band's own vocalist, has also been cast in the film. Busch plays the character of 'Toy' for he Jeremy and Kara Choate-directed movie, which is scheduled to premiere on November 18th.

Also it should be noted the band has begun to work on their second official album and follow up to God's Country.

The group shared the following:

The music we made for Tenkiller is quite a bit different than what you may come to expect from us. We were given the freedom to really experiment and explore territories that we've never done before. It's not going to be for everyone, but we hope some of you connect with what we set out to do.

The full soundtrack is due to be released via Bandcamp on the same date of the film's release. You can order a cassette version of the two singles, here.