All Out War drop next single off upcoming album 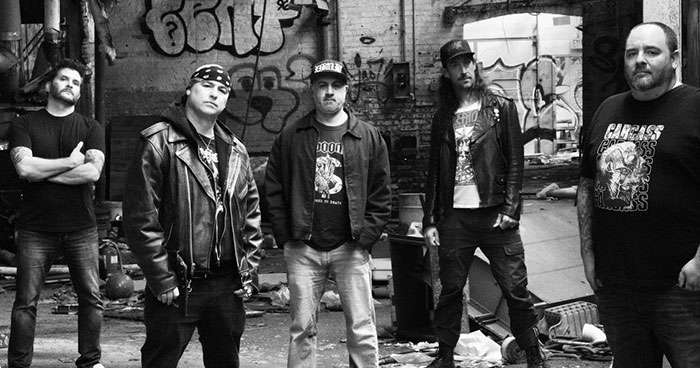 New York's All Out War have announced Celestial Rot for release on February 3, 2023 via Translation Loss Records. All Out War are one of the true originators of modern metalcore - not only predating the genre term, but defying and defining what hardcore and metal should sound like for 30 years. Revolutionary in their approach, All Out War fuse the speed and aggression of "Reign in Blood"-era Slayer with the ferocity and attitude of "Age of Quarrel" -era Cro-Mags. Two styles that are vast in sound, but All Out War combines them to form an attack that is still unmatched. Add to the mix one of the most iconic voices in hardcore and metal, Mike Score's unique vocal approach to aggressive music and introspective lyrics has helped keep All Out War light years ahead of their time and has never felt more necessary in today's landscape.

Today, All Out War have unleashed an aggressive-as-hell new single from Celestial Rot titled, "Wrath/Plague". The antagonistic track is a 2.5 minute whirlwind of circle-pit inducing mayhem.

As the rising tide of contempt and wrath consumes the masses the flames of discontent shall wash away all human social constructs. Nothing will remain and all these man made Gods and institutions will burn with us.

Tags: All Out War