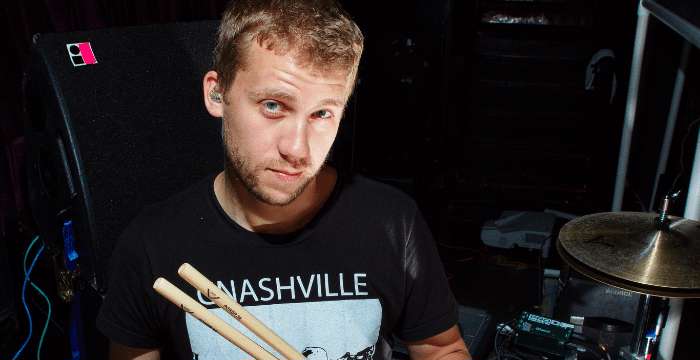 "I'm allowed to be nostalgic as well as hopeful. I want to see it happen more than anyone who saw the post. No one should take that as any official announcement, but that's where I stand on us playing again."

While not an official statement on Dillinger Escape Plan's future and no announcement is in the works, it appears Rymer is riding high on nostalgia, and hopeful that something will happen in 2023. 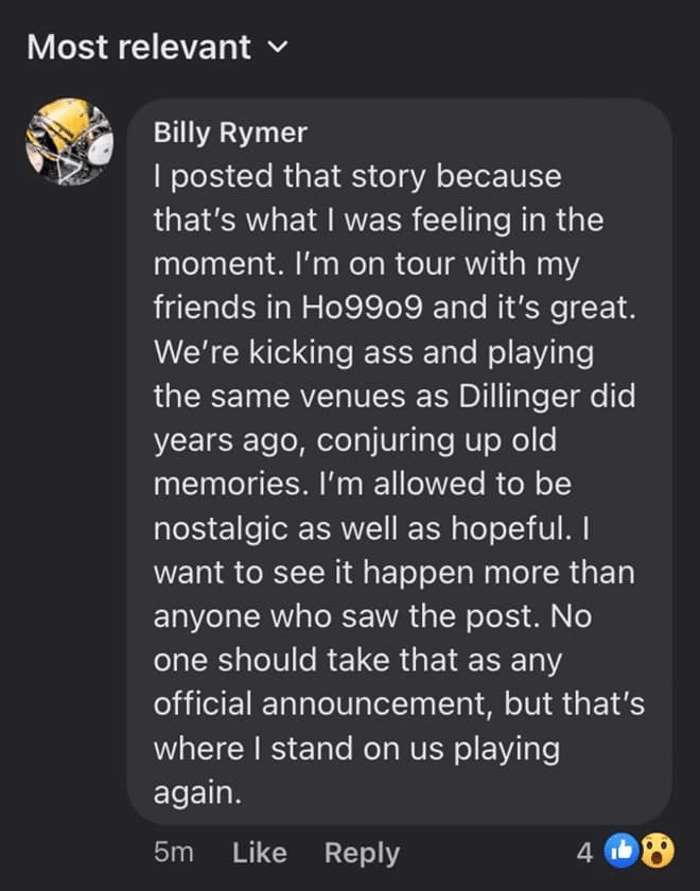 Update 11:20 AM 11/7/2022: Guitarist Ben Weinman was asked about the supposed reunion via comment on a recent Facebook post. He casually shot it down in a rather short and vague reply.

Personally, it would be a rather cruel joke of Billy to post that to only stir the pot up and for it not to be true. Maybe he shared it too early? Maybe it's a way of poking the beat to push the group to play? Maybe they won't actually be playing Furnace Fest? However, we still hold out hope that they will. Although, as Ben said, do not buy tickets solely based on the chance The Dillinger Escape Plan might play.

Drummer Billy Rymer took to his Instagram today and posted a screen recording typing out a setlist filled with Dillinger Escape Plan songs with the words "Furnace 2023" at the top, hinting at a potential reunion show, possibly at Furnace Fest 2023.

In 2009 Rymer joined Dillinger Escape Plan and was their most recent drummer up until the band played its last shows in December 2017. Since then Rymer has been busy on a number of projects, including END, filling in for Dave Lombardo on a span of Suicidal Tendencies shows along with Dillinger guitarist Ben Weinman, and most recently released a new record with his latest band, Thoughtcrimes.

This isn't of course a confirmation of a reunion for Dillinger, but seems to be a strong hint that the band is planning to play again next year.