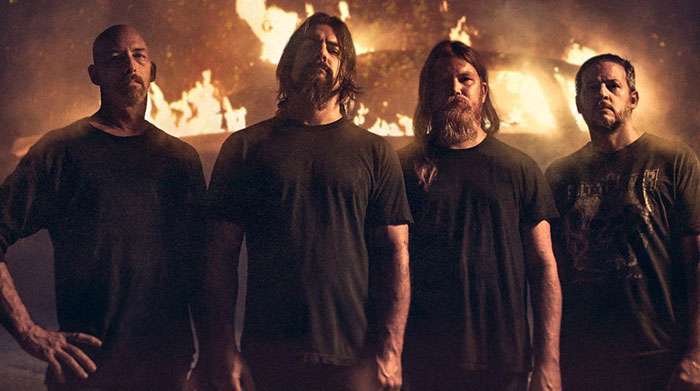 Bassist/vocalist Jason Netherton checked in with:

This video is a sincere shout-out to all the Misery Index fans who made the effort to come and rage with us this past summer on the various 'Complete Control' tours - from festival stages to dive bars, we've hit them all, and this video is a tribute to the good times of summer past as we enter the darker months of autumn. We chose the track 'Rites of Cruelty' as we feel it embodies all the pissed-off energy of our new album in one bombastic faceripper, from blast beats to tank-like breakdowns, it's become a staple of our live set, and hope you all dig it as well.

The "Rites of Cruelty" clip was created by Chris Joao / Iron Elephant Studio and can be seen here: