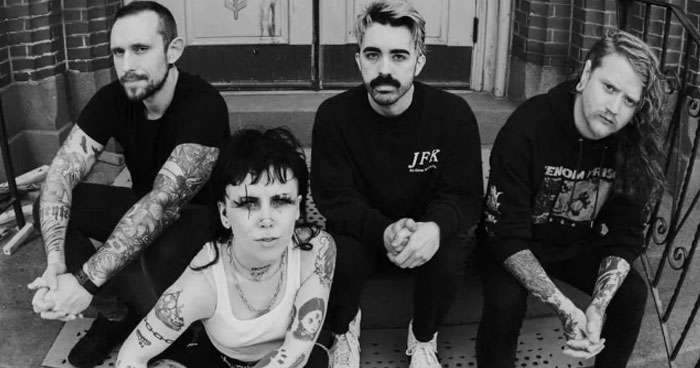 More than a year ago Sharptooth's original vocalist, Lauren Kashan, left the band citing a negative work environment and inability to express herself. Lauren had fronted the band since 2014. However, she nor the band would really mention anything about it until August of this year. Lauren took to her social media to make a statement saying she and the band went separate ways.

After both sides made posts regarding the fallout, some were left to speculate who the band would choose to replace the former vocalist.

A few weeks ago the band shared a new band photo introducing Marissa Ward of Backswing as their vocalist. Yesterday the group shared that they have written and recorded a 6 song EP, Imperfect Animal, that they self-released through Bandcamp. There is a release show scheduled for the new EP on January 6th in Baltimore, MD at Metro Gallery. But remember, if you are looking to hear any Sharptooth material from when Lauren fronted them, the band has made it clear they will no longer be playing any material from that period.

advertisement
Search for tours coming to your city here.