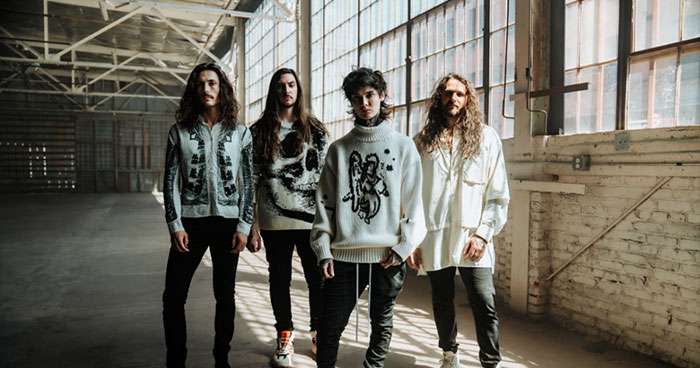 Polyphia released their latest album, Remember That You Will Die, today through Rise Records and earlier in the week announced a string of dates they will be playing during the U.S. leg of their 2023 world tour.

To celebrate the week the band has also shared a visualizer for one of their heavier tracks off the album. The song is titled "Bloodbath" and features Deftones' frontman Chino Moreno.

It's funny, because that song was less rock in its earlier stage. We did a session with Chino, and after we got his vocals I said, 'This isn't right.' I redid the guitars except for Tim's parts to make them fit the vocals. Then I added that solo because it would sound badass.