We Came As Romans announce headlining US tour

Erra and Brand Of Sacrifice to support

Hot on the heels of the triumphant release of their new album, Darkbloom (out now via Sharptone Records), metalcore legends We Came As Romans have announced the 'Darkbloom US Headline Tour', a mammoth 24-date run with support from Erra and Brand of Sacrifice. The tour will kick off on January 19th, 2023 in Pittsburgh and make it's way throughout the USA, culminating in the band's hometown of Detroit, MI on February 18th, 2023. Tickets go on general sale this Friday (October 21st) at 10 am local time from iamdarkbloom.com Full routing is below.

We're stoked to announce we'll be hitting the road again on the Darkbloom headliner! We're being our pals in ERRA and Brand Of Sacrifice - get ready for a heavy show! We're excited to be able to play a ton of new songs for our fans, we're so grateful for your support over the last four years! 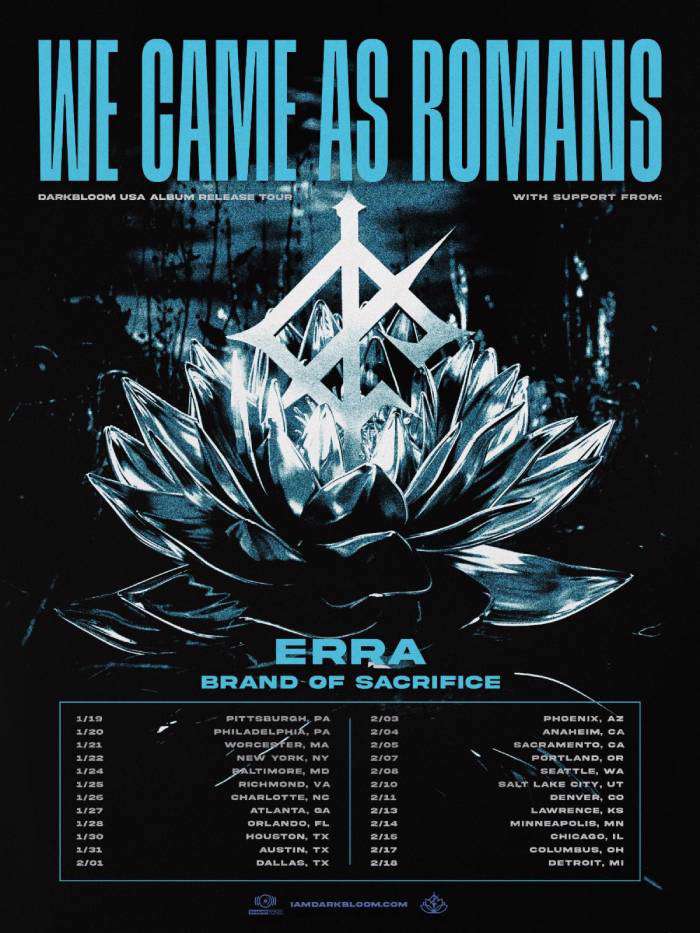 Tags: We Came As RomansErraBrand Of Sacrifice