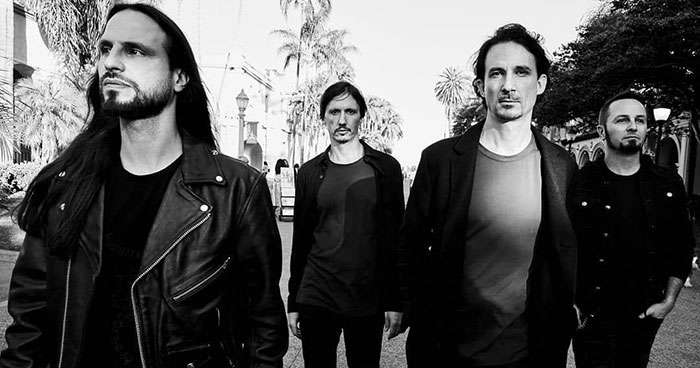 Gojira have released a new single, "Our Time Is Now", that stands as a call to action and to bring awareness to the women in the Iranian uprising. As we originally announced earlier this week the single is part of EA Sports' NHL 23 soundtrack.

The single "Our Time Is Now" marks Gojira's first new music since the release of the Fortitude in 2021, which included the Grammy-nominated single "Amazonia" in the "Best Metal Performance" category. "Our Time Is Now" evolved from a song recorded during album sessions into a deeply affecting and vital song for the band and stands as a call to action.

This song goes out to all the fighters out there sparking a light in a dark world. Show that you are part of a change! If you care about something meaningful to you and your community. If you are standing for a cause, if you show compassion and solidarity for the ones whose rights are taken away, if you're in a war defending your inherent rights or fighting against deforestation, if you're standing for animal rights, human rights, you are the lightning bolt, the spark that will shape our world. Your time is now! Our time is now!

Rest In Peace young Masha Amini. She was killed in Teheran for not wearing her hijab 'properly' by the 'morality police' and Rest In Peace all victims of brutalities during the protests that followed her death. We support the women of Iran in their fight, for taking a stand against oppression!