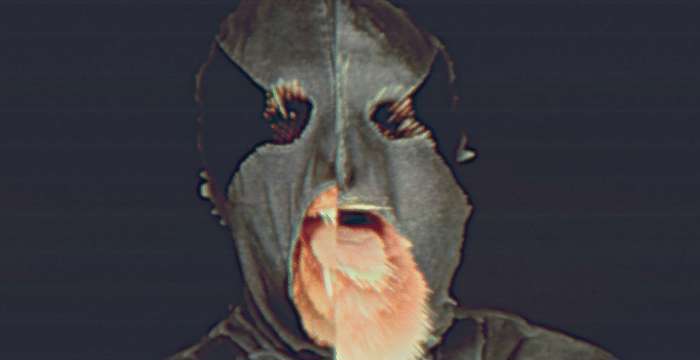 The Locust is pleased to present the official video for our remix of Danny Elfman's song "Cruel Compensation"! The remix was the last recording Gabe Serbian did before he left this world, making this video release surreal, intense, and cathartic.

When we were asked if we wanted to do a remix for Danny's album it was one of the easiest things for the band to say yes to. After narrowing it down we finally decided on Cruel Compensation as it had a lot of parts we could put our own stamp on while reinforcing the intentions of the song — in an attempt to make the weird parts weirder and the brutal parts even more intense. We stretched a couple of parts, edited a couple of parts, cranked the bass, JP and I added some vocals, Kareem added lots of synth, I added some guitar towards the end, and Gabe redid all of the drums.

During the pandemic and the previous US administration, Danny Elfman wrote the album Big Mess, which did a great job of reflecting and regurgitating the dystopian despair that was taking place. It was largely based on his guitar playing and was born out of what he called Chamber Punk. (So maybe our remix is Sci-fi Chamber Punk!)

The remix album (Bigger. Messier.) includes vocal collaborations and remixes by Trent Reznor, Zach Hill, Square Pusher, and Iggy Pop. There are great videos as well — check it all out if you haven't already!

This new video was directed and edited by our collaborator Dark Details. The images speak for themselves with plenty of dark details abound.

Thanks to Stu Brooks, pSEUDO bEAST, Epitaph, and of course Danny Elfman!

Like Moths To Flame fire bassist Aaron Evans, "he has abused the platform he was given"
Against Me!’s Laura Jane Grace and Life of Agony’s Mina Caputo get heated over social media post
Andy Williams currently not involved in Ex-ETID members band
Pantera removed from Rock am Ring and Rock In The Park 2023
Glass Casket sign to Silent Pendulum, new album in the works after 17 years
more top news