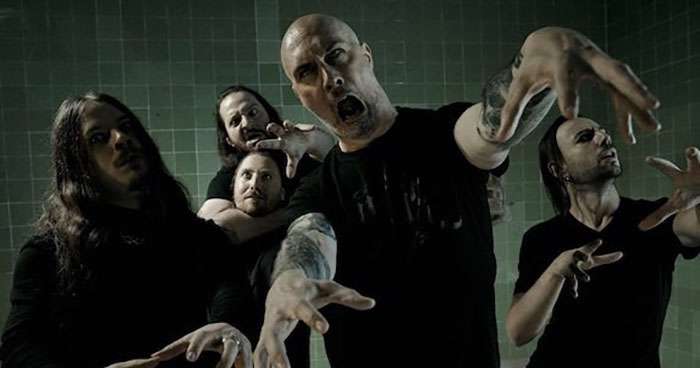 On a moonless night, metal powerhouse Nuclear Blast dared to gaze into the pitch black abyss and summoned one of the most vicious and menacing forces roaming the European death metal scene to join their ranks. Today, both of them are proud to announce that Aborted have inked a contract with Nuclear Blast!

The true scenario behind the signing of this outstanding genre pioneer might have been a bit less dramatic but the promise of an exciting future remains.

Aborted have announced their first single right in time for the kick-off of their North American Tour with Lorna Shore. "Infinite Terror" will come to haunt your dreams, destroy your ears and musically seal the devilish deal that Nuclear Blast and Aborted have closed to spread the word of brutal death metal all around the world!

"We couldn't be more excited to announce our signing to Nuclear Blast — one of the premier labels for extreme music with tons of label mates we love. We are very excited to see where this mad caravan leads to next! After a very long and solid partnership with Century Media, it was time for us to try something new.

To celebrate our signing with Nuclear Blast and the upcoming monster of a tour with our friends Lorna Shore, Ingested and more, we decided to unleash a new single. "Infinite Terror" will obliterate all your senses on October 19. The song is inspired by 'Event Horizon' and marks the debut of new guitarist Dan Konradsson (Ophidian I, Une Misère). Expect something dark, imposing, and HEAVY as fuck!"

Aborted will be on tour Lorna Shore, Ingested, AngelMaker, and Ov Sulfur.