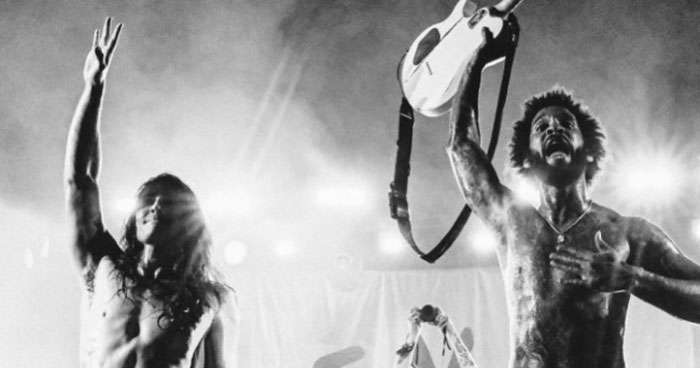 As it stands now both guitarist Stephen Harrison and drummer Aric Improta have left Fever 333. Currently, there are no solid details as to what caused the split, but both Stephen and Aric shared a brief statement on their Instagrams saying it is "layered" and that "things were pretty bad internally". Fever 333 is mainly known for its outspoken political and activist views and was comprised of former members from Letlive, The Chariot, and Nightverses in 2017. The group released their one studio album, Strength in Numb333rs in 2019.

You can read both statements from Stephen and Aric below:

Aric would go on to share the same photo in his post (along with a few others) with a more vague post, which you can see here and read below.

Steve and I have decided to step away Fever 333. Its layered, but ultimately, I'd just rather dedicate my time to projects that operate different than that one.

Massive thank you to all of our fans, our friends and the amazing people who helped us along the way (you know who you are). We got to play some unforgettable shows, travel a ton and meet some incredible individuals. Steve and I will probably do something together in the future.