Schaffer has evaded being served "at least 25" times 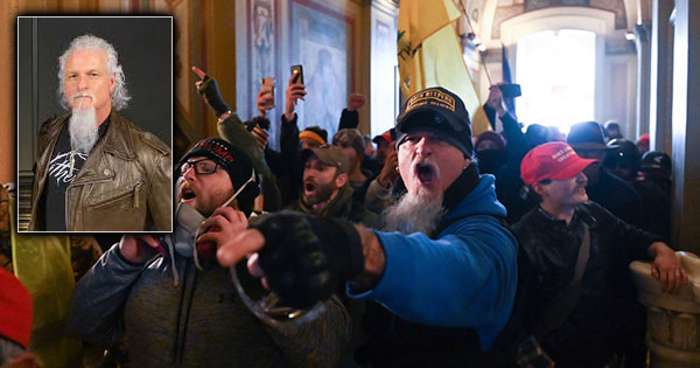 A recent report from The Republic indicates that Iced Earth frontman Jon Schaffer has evaded being served "at least 25" times regarding the District of Columbia's lawsuit against him for participating in the January 6, 2021 riots. Here is a full copy of that lawsuit.

Attempts have been made to serve Schaffer at seven different addresses across three states without success. According to the Attorney General of the District of Columbia Karl Racine, Schaffer and 30 others were accused of "conspiring to terrorize" the district as a result of their involvement in the actions that took place on January 6, 2021. The lawsuit was filed in Washington, DC on December 14, 2021.

By doing so, they hope to have the parties held liable for the millions of dollars spent handling the situation, including police costs, the resulting medical bills, etc. A plea deal resulted in Schaffer's conditional release in April of last year, after he turned himself in on January 17th of 2021.

As part of that deal, he must provide information about the actions that took place that day, including any possible involvement of the Oath Keepers organization with which he has been alleged to be affiliated.

The agreement involved Schaffer entering guilty pleas to obstruction of Congress's official proceedings and trespassing on restricted grounds of the Capitol while armed with a deadly weapon. In this case, the dangerous weapon was a cannister of bear spray. The deal also resulted in the dismissal of several other charges.

Schaffer hasn't been served at his current residence in Auburndale, FL despite stakeouts and ongoing efforts to serve him. A judge denied requests to serve him by email or press publication. To date, requests for cooperation from the U.S. Attorney's Office for the District of Columbia, which is handling Schaffer's criminal action, have not yet been granted.