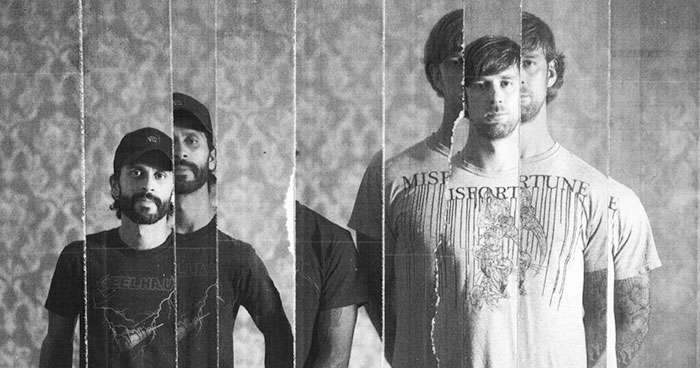 Greber is a harsh grind/hardcore act, coming at ya' from the east coast of Canada. They have recently released a new album Fright Without, which is their fourth full-length. They now have a video for the track "Nosebleed", an honest look at reality, which will throw listeners directly into the fray that is their low-end dominant, noise-encrusted, hardcore grind. They explain in their own words:

"This one is a bit all over the place. Maybe TOO all over the place perhaps. We dig it nonetheless. Topically….and orally….this one is just a reckoning with the fact that we are all closer to death than we can ever imagine. Either that or further than we can imagine. The nug of bullshit that I'm getting at is that few people are ever aware of the fact that they are doing something for the last time. The last time is just the last time and then whatever it is you were doing, ends. Life. Your car. Your hair. Your friends. Just love the shit out of as much as you can throughout the duration of the current nightmare you're experiencing. There I go pontificating again."

You could just write "new" instead of "freshly released." Also, this doesn't suck.

They GIVE new track

It's cool they have so much free time to waste.