Quicksand to be joined by John LaMacchia for Fall tour 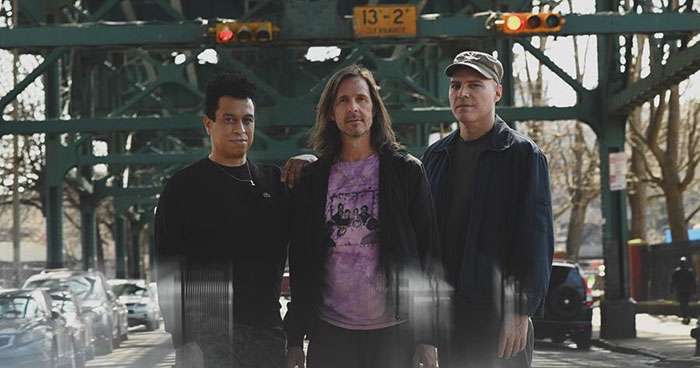 John LaMacchia – notable for his work in Brooklyn hardcore/prog-metal group Candiria as well as his solo material under the name LaMacchia – will be teaming up with hardcore icons Quicksand on their upcoming tour. John will be playing guitar in Quicksand's band lineup for 13 dates, kicking off October 6 in Las Vegas and wrapping October 23 in Amityville, NY.

John shared the following comments about joining the tour:

I am truly delighted to announce that I will be playing guitar for Quicksand for a bunch of tour dates they have coming up starting October 6th in Las Vegas, NV. I have been a fan of Quicksand since their first full-length album 'Slip' came out in 1993. The band was ahead of their time and changed the game in the NYC underground music scene and have continued to inspire generations of bands to follow including my own.

Their latest album 'Distant Populations' was my favorite album that came out in 2021. The songs, the performances, the lyrical content and the production are some of the very best that Quicksand has had to offer since the band's inception. I absolutely love it and I can't wait to get on the road and support it for this run of dates.

This experience has already been so rewarding. Just rehearsing with the band and the awesome hangs we have had alone have been a blast. So to say that I am excited about this is truly an understatement. I cannot wait to get up on stage with the band and make some noise.

At this time, the band is on the road with a great tour package led by the kings of stoner rock Clutch along with one of alternative metals greatest to ever do the thing, Helmet, and opening the tour is JD Pinkus (Butthole Surfers). Slinging guitar for Quicksand up until October 5th is Stephen Brodsky of Cave In, Old Man Gloom and Mutoid Man. Steve has been a friend for many many years and he is a great guitar player and performer. So I have some pretty big shoes to fill. I'll be finishing up the Clutch tour and then also doing all of the remaining headlining dates the band has scheduled.