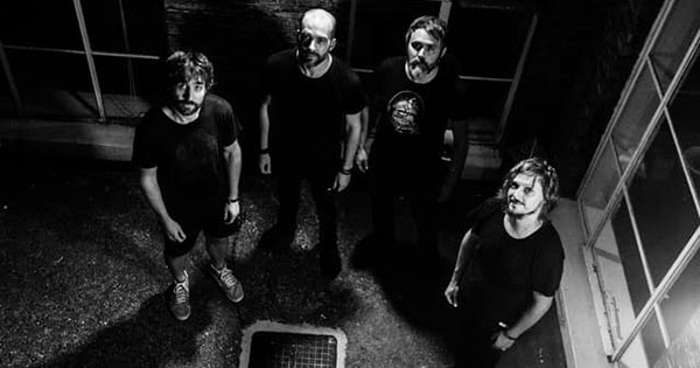 Following the recent reissue of debut album Australasia, Pelican and Thrill Jockey are proud to present the second installment of the deluxe reissue series, with City of Echoes out January 27th, 2023. Coming 15 years after the album's original release on Aaron Turner's Hydra Head Records, the deluxe 2xLP reissue features newly remastered audio by Josh Bonati and features a full LP-worth of bonus material, including original album demos, alternate takes, and pieces originally only available on the rare Pink Mammoth EP.

City of Echoes marked a paradigm shift for Pelican. Coming off the heels of the glacial Australasia and their even more expansive and acclaimed follow-up The Fire In Our Throats Beckons The Thaw, their third album is a study in precision. Inspired by their non-stop tour schedule following The Fire's release, the quartet composed City of Echoes to be a lean powerhouse of non-stop melodic hooks and lurching rhythms that reflected the energy of live performance.

With City of Echoes, Pelican defied expectations and set themselves apart from the single-minded thrum of retreading old ground. The more concise pieces trade breadth and rumination for a distinct clarity and a razor's edge for hook-driven songcraft. Guitarists Trevor Shelley de Brauw and Laurent Schroeder-Lebec trade crisp riffs that twirl in opposition before thundering together in monoliths. The sheer amount of potent interplay between the two, often borrowing from disparate edges of rock and metal at a whim before completely transforming, is mind-boggling. Bassist Bryan Herweg and rhythm section compatriot/drummer/brother Larry Herweg lock into a wider array of grooves than ever before. Their considered bedrock guide the band's dynamics into some of the ensemble's most tender moments as well as their most ferocious. City of Echoes stands as a testament to Pelican's ability to reconfigure the grandeur and force of their sound without ever repeating themselves.