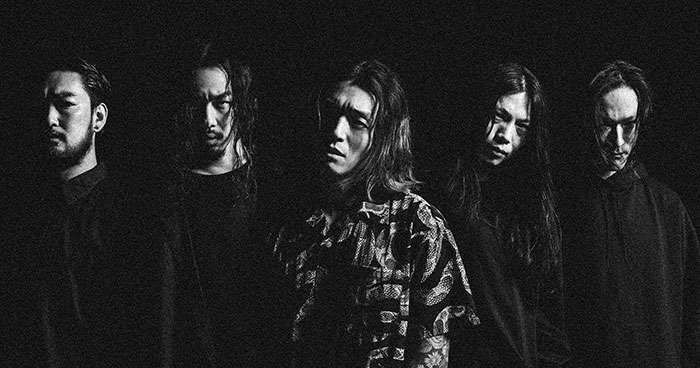 Japanese metalcore outfit Crystal Lake announced that vocalist Ryo Kinoshita, who has been on hiatus since September has officially withdrawn from the group due to adjustment disorder. Ryo joined the group in 2012 and has been featured on the bulk of the band's full length's including The Sign, True North, and Helix.

[Report on Ryo]
Ryo, who has been on hiatus from live performances since September last year due to an adjustment disorder, has decided that it will be difficult for him to continue band activities in the future, so he has received an offer to withdraw.
YD, MISTURU, TJ, and GAKU will continue their activities as Crystal Lake. 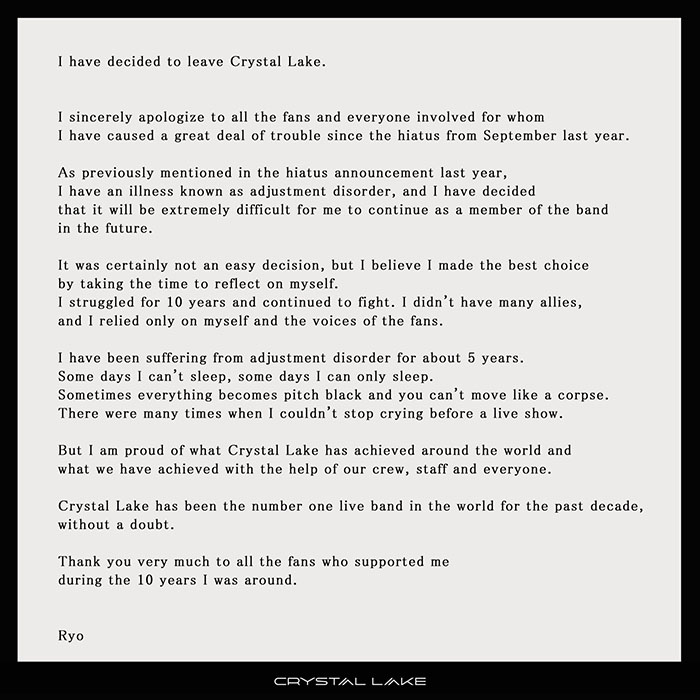