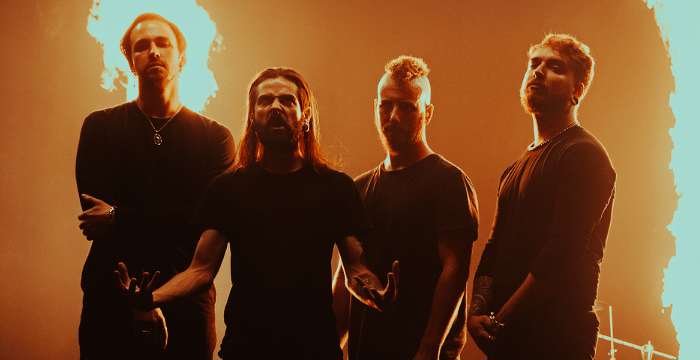 Crawling from the depths of the grime-filled Spanish underground, Bonecarver are once again on the lookout for fresh victims. The brutal death metallers have returned with the announcement of their new album, Carnage Funeral, due November 11 via Unique Leader Records.

Alongside the announcement the band have released a blazing new music video for their first single to be lifted from the upcoming album. Title track 'Carnage Funeral' was filmed in Radical Sonora in Madrid and on location at the monastery in Cáceres.

Bonecarver commented on the new single:

"The title track from our new album Carnage Funeral looks inside the mind of someone that thinks the human race is an infection that should be exterminated. The world is coming close to the the point of no return and the only way to fix it is to end the human race. It's an extreme way to look at the problem we are all living with, taking inspiration from movies, books and music."

Formed from the ashes of Cannibal Grandpa, Spanish masters of ultra-modern brutality, Bonecarver, have been at the forefront of the extreme scene in their native Madrid since 2014. Combining stories about infamous serial killers with their own take on brutal death metal, the band received worldwide praise for their Unique Leader debut Evil in 2021.

Returning with their highly anticipated sophomore album, Carnage Funeral, Bonecarver have spawned a skull crushing monster. The nine tracks offer an oozing, infernal masterclass in bone-splintering death metal, a true statement of intent from the start, showing this new iteration are serious about establishing their own legacy whilst taking extreme metal to a new level.

Another decent band lost to the Lorna Shore trend. No seriously though, the symphonic core shit already peaked. If you weren't already copying Lorna's homework around when Immortal dropped you will not get more popular off it. That's why it worked for Mental Cruelty but isn't working for others, it's just too late. Should've stuck to what you already were doing well.

If Joe and Hunter started a band