Slow Murder will be available through Graveface Records on October 14th 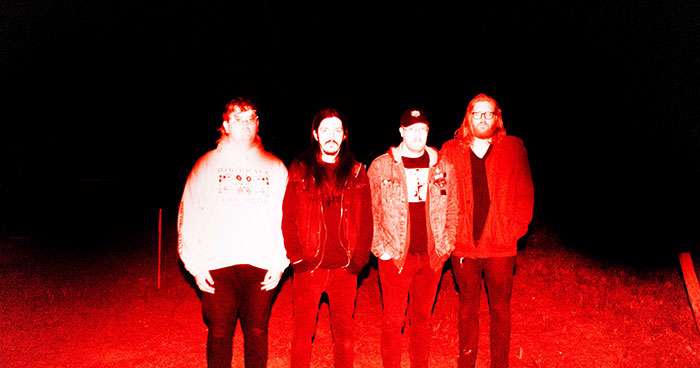 Savannah, GA's The Holy Ghost Tabernacle Choir has released their second single off of their upcoming debut album. Slow Murder will be available through Graveface Records on October 14th. Slow Murder is a follow up to the band's All-American EP released in 2020.

The band had the following to share about the new track:

"Doomed To Grow" is a song about humanity getting out of hand. It focuses on corporate propaganda leading to blind consumerism, pollution, and exploitation of others. Pierce was a no-brainer for the part, that punk-leaning riff lends itself to their power so well.

They're one of my favorite performers, lyricists, and vocalists, and we are so lucky to call them and the rest of SOUL GLO our friends so it just made sense for them to be a part of it. Their part is so sick and I think adds an element of positivity and resilience that the song needed. I honestly get a little defeated about this kind of stuff and it shows in the rest of the track, so Pierce getting to interrupt that with a near call-to-action is perfect.

We came up with the idea for the video as poking fun at influencer culture that worsens that consumerism in people's lives. It feels like an uphill battle to promote class consciousness and try to help people understand how bad things are because of how much of that entertainment acts as a distraction from a bleak reality. We wanted to have fun with it but still be heavy handed with some of the negativity that comes from that kind of content, and Pierce gets to act as a snap to reality from that.