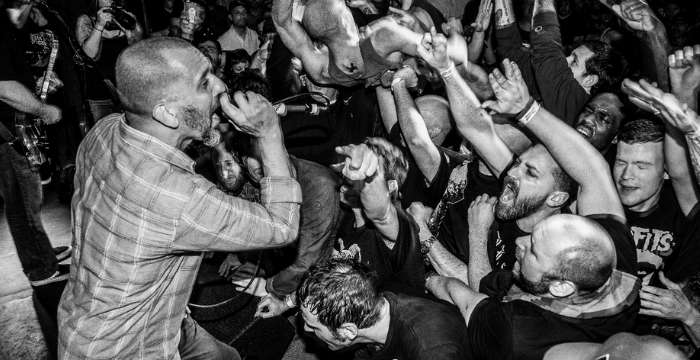 Craft Recordings celebrates the 25th anniversary of Snapcase's hardcore classic, Progression Through Unlearning, with three limited-edition vinyl reissues. Set for release on November 18, the album will be available in three exclusive colorways: pearlescent copper swirl (via the band's website), clear yellow wax (Revolver), and white-yellow-swirl vinyl (CraftRecordings.com). All three pressings of the highly influential title —which includes such genre-defining songs as "Caboose," "Zombie Prescription," and "Guilty by Ignorance" —can be pre-ordered here.

On November 4, meanwhile, Snapcase will play a sold-out hometown show at Buffalo, NY's Rec Room, to celebrate the release of their forthcoming book, Optic —a 144-page visual history of the band's earliest moments all the way through to their not-so-final show in January 2005. In addition to hundreds of images, Optic will feature insight from friends and colleagues throughout the hardcore scene that tell stories from the road, the studio and of the band's widespread impact. Full details on the book will be announced closer to the early-November release date and show in Buffalo. Joining them on stage during the sold-out show will be a cross-generational line-up of local hardcore acts, including Against All Hope, Cinderblock, Exhibition, Spaced and Smash N' Grab.

Snapcase —originally known as Solid State — was formed in 1989 in the suburbs of Buffalo, NY. After several line-up changes, the quintet gelled with singer Daryl Taberski, drummer Tim Redmond, bassist Bob Whiteside, and guitarists Jon Salemi, and Scott Dressler. They soon caught the ears of Victory Records and released their debut album, Lookinglasself, in 1993. But just three years later, after the release of their Steps EP, Dressler left the band to pursue a graduate degree, with Frank Vicario (formerly of the group Fadeaway) stepping in as guitarist.  As Dressler had been the group's primary songwriter, the five-piece found themselves at a creative crossroads. Turning the loss into an opportunity, however, the band resumed their momentum, reinventing themselves along the way. With a collection of crowd-tested material, the five-piece entered New Jersey's Trax East studio to record their sophomore album with producer Steve Evetts (Lifetime, Hatebreed, The Dillinger Escape Plan).

The results were revolutionary. Progression Through Unlearning, notes Vice, "Felt decidedly unlike anything else in the scene in the mid-'90s… This had a feisty personality to it." One stylistic choice that set apart the band from their peers was bringing Redmond's propulsive drumming to the forefront of the mix. Another was performing their material at a breakneck speed — their unrelenting performances delivering an all-out sonic assault, punctuated by crisp stops and starts. At just 32 minutes long, the album found the band members giving their all individually while working together with military-like precision.

One of the most unique aspects of Snapcase, however, was their introspective approach to songwriting. "A lot of the lyrics [on Progression Through Unlearning] are about recognizing what's been holding you down and the strength you might have hidden or squashed by your upbringing or other people, and trying to bring it to the surface," Taberski told Vice. "Even the title. You have to unlearn some of your negative habits and ways of thinking to learn and understand new ones that are more positive."

This theme runs throughout the album and is even represented in Limbert Fabian's cover art, which features a woman emerging from a set of nesting dolls — as if shedding the outer layers of herself. Progression Through Unlearning's opening anthem, "Caboose," which went on to become one of the group's most recognizable songs, challenges listeners to find —and reveal— their true selves. "Can you expose yourself / Can you peel off another layer?" asks Taberski. He continues, "Once you save yourself / Insecurities will die / Genuine qualities / And true character will shine."

Other songs offer a broader critique of modern society, including "Guilty by Innocence," which denounces corrupt corporations, and "Zombie Prescription," in which Taberski declares, "We are the signs of the changing times… Your preconceptions / Condemning race / And your solutions they cramp our space." The track "Priceless," meanwhile, asks listeners to question the importance placed on money and consumerism. "Have you lost your heart to greed's control / Do you bow down and kiss the ground / To your possessions your life is bound."

Another highlight is the song "Harrison Bergeron." Titled after the short story by Kurt Vonnegut, which takes place in a dystopian society in which all people must have equal intelligence, beauty and physical strength, the song is sung from the point of view of someone who has boldy taken back their autonomy. In a similar vein, "Breaking and Reaching," encourages listeners to break free of their inhibitions, as Taberski sings, "Give someone a piece of your mind / Regrets are tokens of what has gone untold / You're only special when you break from the mold."

Upon its release in April 1997, Progression Through Unlearning was a critical and commercial success, selling more than 72,000 copies and bringing the band hordes of new fans. Speaking to Culture Creature, guitarist Jon Salemi recalled that the impact of the album was felt immediately: "It was like, all of a sudden, the shows went from two- or three-hundred people to a thousand people. It was an eruption." Following the release, the band took to the road, supporting such acts as Quicksand and Deftones, and joining the Warped Tour. Their spirited album, meanwhile, would impact the hardcore scene for years to come, inspiring such bands as Refused, New Found Glory and even their tourmates The Deftones.

Snapcase would go on to record three more albums, including Designs for Automotion (2000) and End Transmission (2002), before disbanding in 2005. Since then, the group—whose current lineup includes Taberski, Salemi, Vicario, Redmond and bassist Dustin Perry (who replaced Whiteside in 1999)—has reunited every few years for shows, while their steadfast fanbase and enduring influence only continues to grow. 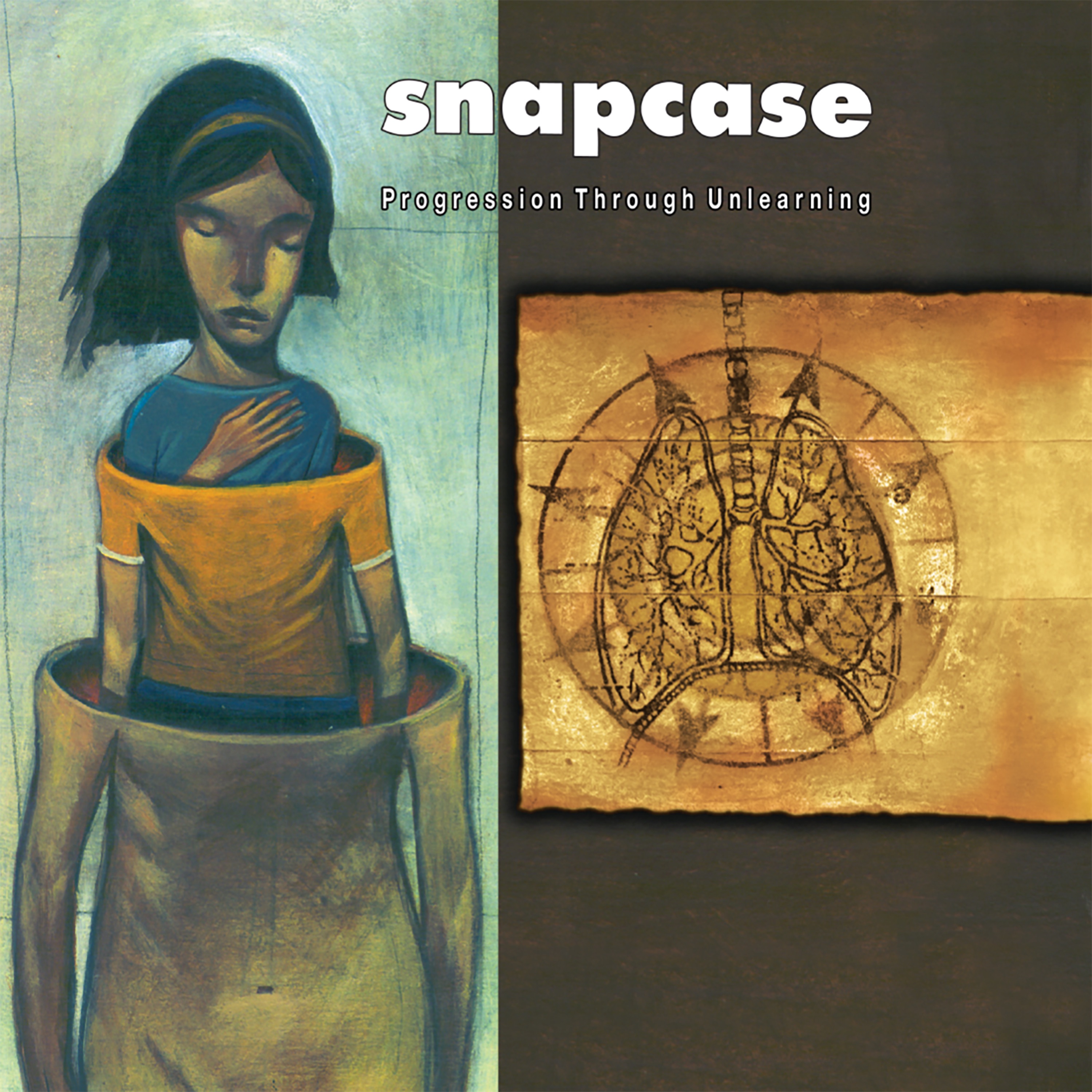 If you can secure tickets to the sold-out show, you can see Snapcase in their hometown: