Well that was quick 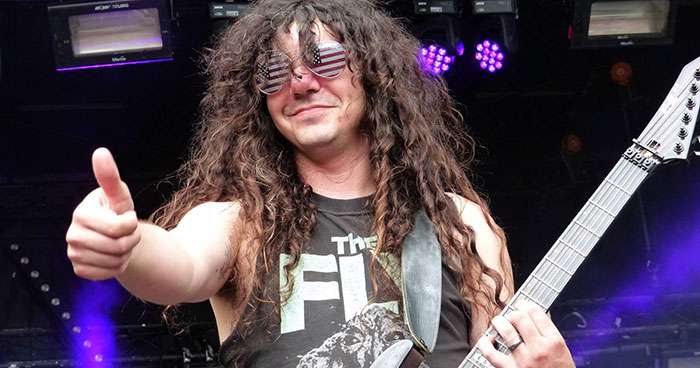 Vektor, a progressive thrash act, was signed earlier this week by Century Media. The label noted at the time that Vektor would be recording their fourth album with the label and touring Europe later this year.

Century Media released this announcement at the time of the signing:

"We are extremely pleased to announce that Vektor has signed with Century Media Records!" said the label at the time. "They have long been on our radar, and we couldn't be happier for this new partnership. Recording of our fourth studio album has commenced and we have set the bar very high for ourselves once again. We are eager to begin the next phase of our global takeover with such a legendary record label. On the heels of this amazing news, we cannot wait to begin our European tour this fall after a nearly six-year hiatus. See you out there, Vektonauts!"

Due to allegations (and video) of Vektor frontman David DiSanto assaulting his wife in 2019, the signing caused a significant amount of backlash. DiSanto's wife noted that she had been fighting David for a long time, and he denied the allegations. After everyone quit the band in 2016, Vektor took a hiatus and reformed as an independent band in 2020. Vektor's return was welcomed by some fans, but DiSanto's return wasn't to everyone's liking.

Due to such backlash, it has been announced that Century Media is parting ways with Vektor. Other than on its Instagram, the label did not elaborate on its decision.