Deaf Club premiere video for 'But Does It Fart?', share tour dates with Melt Banana

Featuring members of The Locust, Dead Cross, ACxDC, Run With The Hunted, The Manx, etc 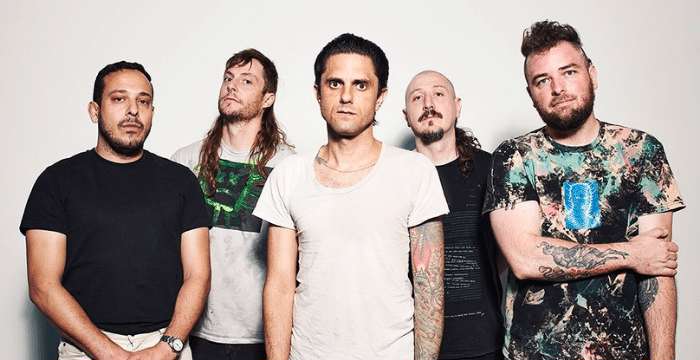 Hardcore punk/thrash/grind group Deaf Club are premiering the video today for "But Does It Fart?", the latest single off of their recently released EP, Bad Songs Forever out now on Three One G / Sweatband Records.

The band features a mix of members from other well-known grind, punk, and hardcore bands such as The Locust, Dead Cross, Planet B, ACxDC, Weak Flesh, Run With The Hunted, The Manx, and Chum Out!.

The video for "But Does It Fart?" was edited and assembled by Displaced/Replaced with Deaf Club Muppet footage filmed by Roger Lopez and Deaf Club Muppets by Tamara Becker.

Fueled by the onslaught of society's insanity and driven mad by tinnitus, Justin Pearson (The Locust, Dead Cross, Planet B), Brian Amalfitano (ACxDC), Scott Osment (Weak Flesh), Jason Klein (Run With The Hunted), and Tommy Meehan (The Manx, Chum Out!) approach music as an opportunity to confront our collective sicknesses. In 2020, the band released their debut EP, Contemporary Sickness, as well as a Remix cassette EP of bonus remixes featuring GothBoiClique's YAWNS, Bubblegum Octopus, 304angstroms, and DJ Embryonic Petit Sac. They then released a cover and video of Killing Joke's "The Wait" as a benefit, along with a slew of other music videos, including a long form performance of their debut LP in its entirety. They  continued with a collaboration with clothing brand Brain Dead to release ultra limited test pressings of their album Productive Disruption, and played a handful of shows in Southern California, including under a bridge in DTLA lit by the spotlight of a police helicopter hovering overhead. In January of 2022, their first full-length was released, and only a few months later on May 6th, their Bad Songs Forever EP followed.

Having just released their debut LP, Productive Disruption, in January of 2022, Deaf Club wasted no time in the relentless pursuit of perfecting sci fi crust punk from the future; the result is their newest EP, Bad Songs Forever. Made up of 3 original tracks as well as a Pixies cover of "Broken Face"— of which Pixies lead guitarist remarked, "Love it! Going to steal that Feedback Pedal Effect" upon hearing it— the band claws and spews its way into a heightened state of controlled chaos, taking time to more deliberately build, layer and pace each track in ways they previously hadn't. As their shared style comes increasingly into laser-focus with each new song, Deaf Club continues to meld d-beat and thrash sensibilities with unhinged battery acid buzzes, disgruntled rhythms, and tongue in cheek lyrics spit cynical and sharp.

The group is currently gearing up for a run of dates on the west coast with Melt Banana. 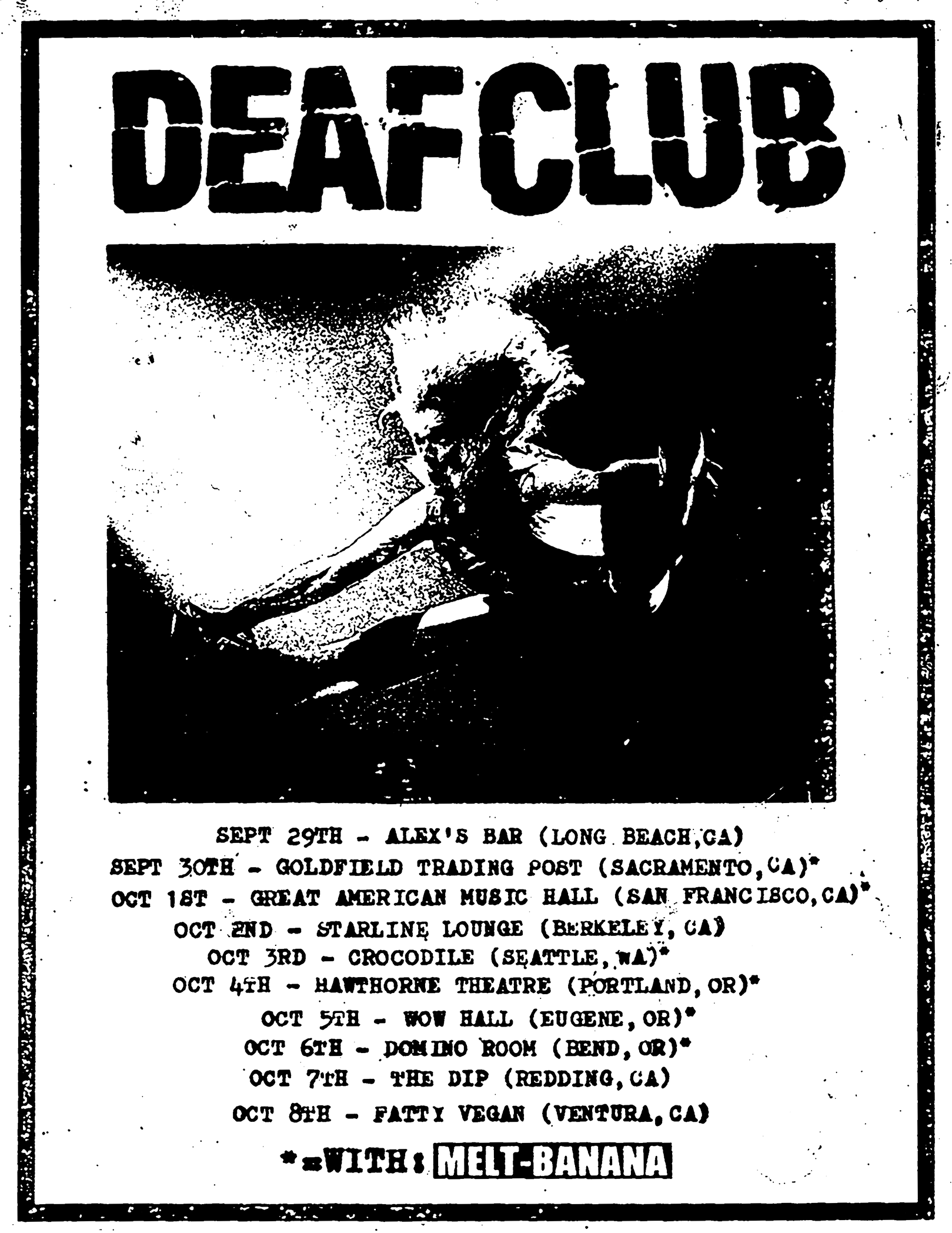