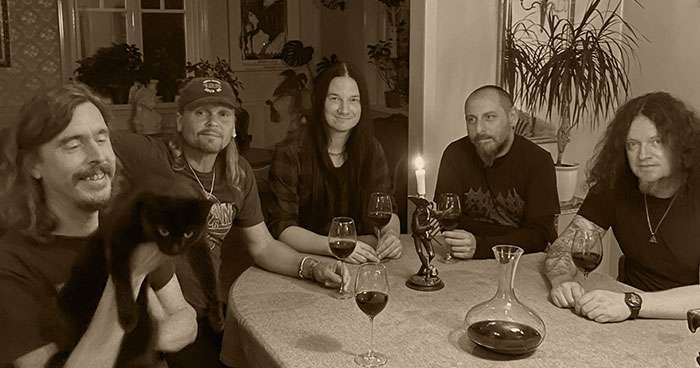 Last year we reported that longtime drummer Martin Axenrot and Opeth had parted ways due to "conflict of interests".

The former Paradise Lost drummer Waltteri Väyrynen has been confirmed as Opeth's new drummer after stepping down from that role.

This week, it was announced that Väyrynen would leave Paradise Lost and that Guido Montanarini from Strigoi would take over the drum seat. In his letter of thanks to the band, management, crew, and fans, Väyrynen said his departure had no bad blood or drama, and that he still considers his bandmates friends and looks forward to where the band goes musically.

It wasn't long before Väyrynen was announced as the new drummer for Opeth, replacing Martin Axenrot. In fact, just mere hours ago Opeth made the following announcement.