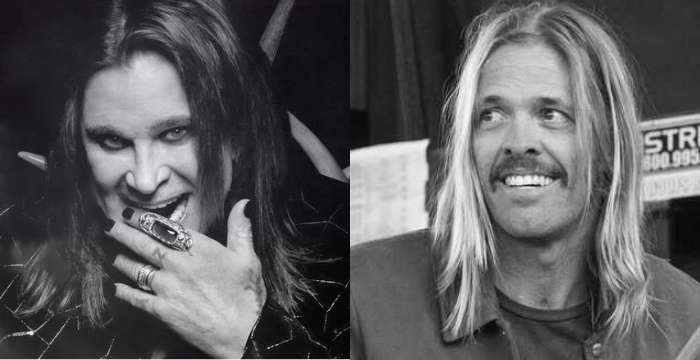 In an interview with Kerrang!, Ozzy Osbourne discusses the influences behind Patient Number 9, his new album, and it turns out Taylor Hawkins actually suggested one of the lyrics to the first single, "Degradation Rules (ft. Jeff Beck)".

In spite of the recent nature of his friendship with Hawkins, Ozzy opened up, saying:

"To be perfectly honest with you, I'd never heard of him before he played on my album. But he must be good to play with Dave Grohl's Foo Fighters. When I met him, and from what I saw of him, he was a really nice man, one whose soul will surely last. I should imagine that everyone in that band was fucking devastated when the poor guy passed away."

Today, September 8, Ozzy performs at the NFL kickoff game in which the Buffalo Bills will take on the Los Angeles Rams at SoFi Stadium in Inglewood, California.

It has also been announced that a BBC TV reality show called "Home To Roost" will feature the Osbournes return to England. As with their original early 2000s MTV series, "The Osbournes", they'll share day-to-day lives as they adjust to the move back to their homeland.

"The series will follow the Osbournes as they celebrate one of their most important years yet. With everything from Sharon's 70th birthday to Kelly's soon-to-be-born baby, Ozzy's tour, and of course the big move itself."