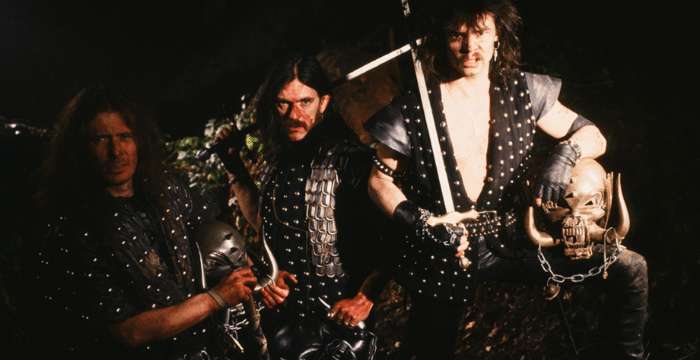 Once upon a time the loudest, nastiest, speed-freaked trio in the land – the mighty Motörhead – decided that they needed an intro-film to come on stage to, so they could tour their brand-new album Iron Fist. Not for them some gentle promo video, for this was Motörhead in 1982 comprising the seminal three amigos line-up of Lemmy, Fast Eddie Clarke and Phil 'Philthy Animal' Taylor.

What they produced has been buried in the mists of time, confined to dodgy bootleg VHS's, but it's a gory, brutal, hilariously OTT short movie directed by Nick Mead where knights are murdered and maidens are in distress. Shot in a Hertfordshire forest it features a Motörhead, battle-hardened band stomping around a darkened forest, fuelled by vodka and brandishing weapons, wearing horned helmets and looking fierce whilst punching the air with their Iron Fist!

Imagine a recklessly non-health-and-safety, amphetamine-nightmare, super low budget take on Monty Python and the Holy Grail and you're halfway there.

And now, in honour of the 40th Anniversary of the album that inspired this piece of cinematic pastiche, the Iron Fist trailer has been re-discovered, digitised and officially released for the world's viewing pleasure. Originally cut to Gustav Holst's ominous 'Mars, Bringer Of War', it now features the previously unreleased instrumental demo 'Ripsaw Teardown' as its audio soundbed. It's really quite something, and sets up the forthcoming release of the Iron Fist 40th Anniversary editions. 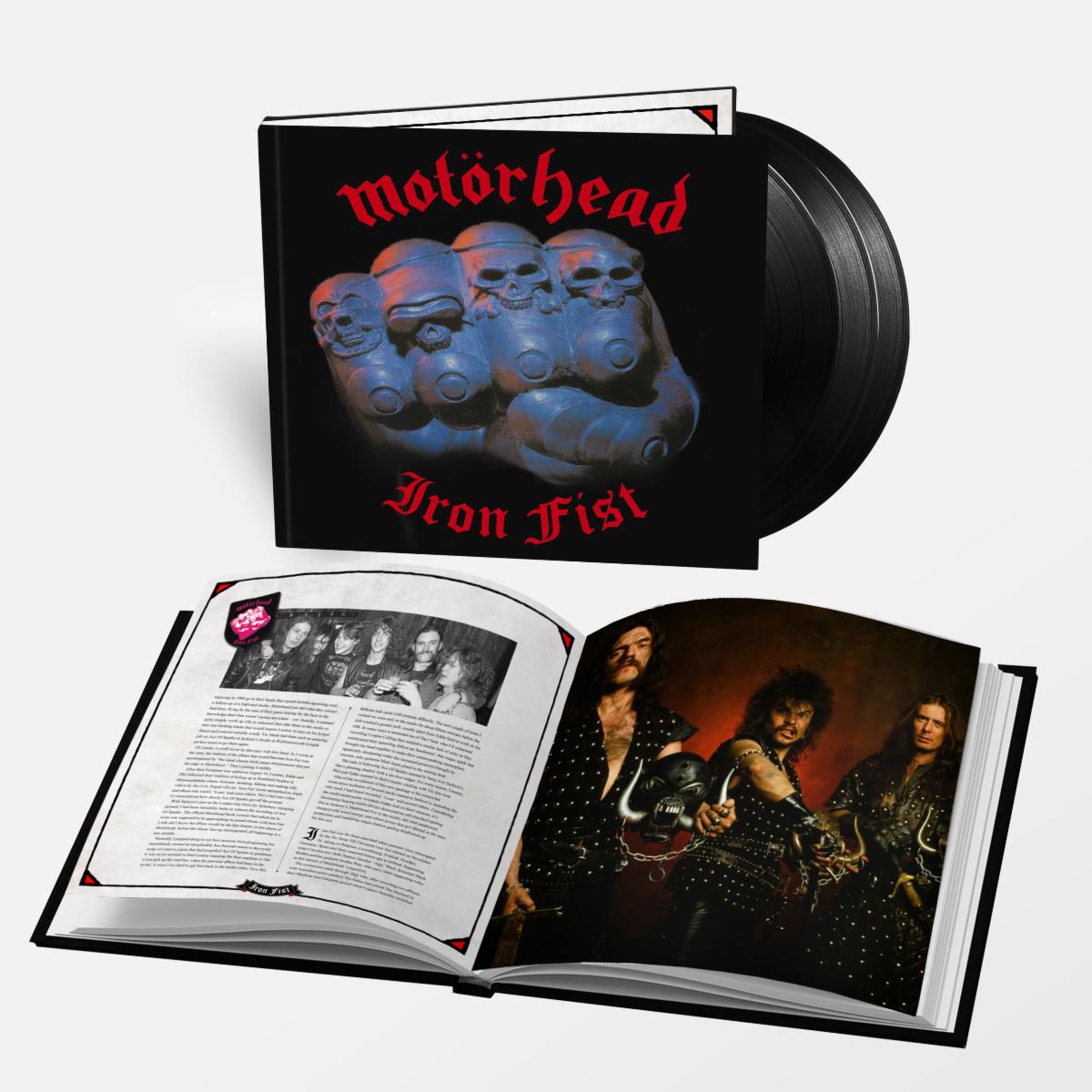 Whilst the album was rudely dismissed by critics on release, it now reveals itself as a vital snapshot of the band at a crucial period. It followed the consecutive triumphs of Ace Of Spades and No Sleep Til Hammersmith, when the three-piece found themselves caught in the tornado of success, but in true Motörhead style, they careered into their next phase at such velocity it transcended logic or reason to become this trio's final kamikaze joyride.

Forty years later, Iron Fist sounds like prime Motörhead with the gloves and seat-belts off. For sheer velocity, it could be fastest, most out-of-control of all their releases. To celebrate the anniversary it is being presented in new deluxe editions. There will be hardback book-packs in two CD and triple LP formats, featuring a hammer fist blow, remaster of the original album, previously unreleased demo bonus tracks and a full concert, originally broadcast on Radio Clyde from 18th March 1982. Plus the story of the album and many previously unseen photos. There's also a limited edition, blue and black swirl of the original standalone album