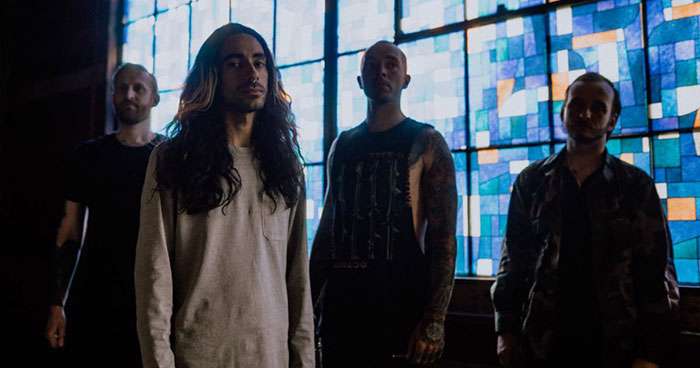 Progressive deathcore heroes Enterprise Earth have released an instrumental version of their recent single, "Psalm Of Agony." The track was initially unveiled in June to showcase newly recruited singer Travis Worland (Aethere, Bite//Down, The Willow) and the band's musical growth.

A true instrumental journey, check it out here.

Enterprise Earth just wrapped up their US headlining tour and are currently gearing up for a month-long North American run supporting Shadow Of Intent this Fall. The trek runs from October 5th in Montreal, Quebec through November 4th in Hartford, Connecticut. Additional support will be provided by Inferi and Wormhole. See all confirmed dates here.

Ngl, at first glance I saw "Bite//Down, The Willow" and read it as "Bite down on the pillow." I'm definitely super gay.

Is the girl with the septum piercing in multiple bands? She looks familiar.