"Unresponsive" is off the band's eighth studio album 'Null' 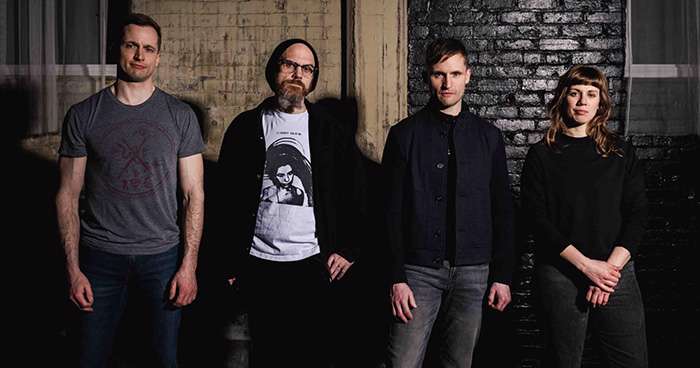 Matthewson recalls the origins of the song:

At this phase of the pandemic I had begun having dreams about my partner leaving me and my family dying, probably five nights a week, for several months. I sat there, writing the lyrics to this one while listening to a rolling storm come in, that never seemed to actually reach a crescendo. It all felt too apt for the way everything had been feeling for the last year at that point.

The track's sparse, machine-like pulse, peppered by hints of cello and clanking percussion, points to early industrial and No Wave influences, beyond the metallic hardcore and noise-rock for which KEN mode is known. Matthewson credits the COVID-19 pandemic with pushing the band to take new chances and explore new ground: "We felt like there was really no reason to do anything at all unless we were trying to push this into something new," he states. Recorded and mixed by Andrew Schneider (Cave In, Unsane), Null is the first KEN mode release to feature collaborator Kathryn Kerr (saxophone, synth, piano, percussion, backing vocals) as a full-fledged member of the band.